Only three years ago, the power that technology platforms would gain over news publishing was unimaginable in depth and breadth. Now platforms both increasingly act as publishers and support the entire publishing ecosystem. This dual role marks the beginning of a new phase in the platform-publisher relationship, and a new step in the way platform companies wield their power.
in "Platforms, publishers, and the end of scale" 22 nov 2019

The question of whether platforms act as publishers is no longer widely debated. Not only are platforms creating and supporting newsrooms externally, they are also forming them internally — every major platform — including Facebook, Google, Apple, and Twitter — now defines and curates news [and] curation is done by humans who are often former journalists and editors, and who are aided by algorithms.
in "Platforms, publishers, and the end of scale" 22 nov 2019

News organizations have come to learn that the promise of on-platform ad revenue at scale is broken.

Publishers spoke of the end of a platform “era.” This era was defined by scale, the platforms’ long-standing promise: audiences of hundreds of millions and billions would bring publishers enough advertising revenue to make it worthwhile for them to forfeit direct editorial control and audience relationships. In order to get in front of those audiences, publishers had to distribute their work through, or create new work exclusively for, these platforms’ publishing products. Publishers now understand that such control and relationships with readers are essential to their success. This era, it turns out, was a “bubble” and a “distraction”. After years without meaningful or consistent revenue, publishers finally believe that “the scale game is over.”
in "Platforms, publishers, and the end of scale" 22 nov 2019

Publishers regret undervaluing their own audiences in favor of brand-diluting social-first content.

The question publishers face is cruelly simple: How do you get subscriptions, memberships, and other revenue streams flowing before advertising effectively dries up? No platform product can answer it. Publishers now believe that they must regain control of their revenue streams and put their own audience interests above platform demands. This means a renewed focus on owned-and-operated properties, where publishers control audience experience, data, and revenue. “It’s much clearer to everyone that the endgame has got to be sustainable readership. Publishers are learning how to better understand and retain readers who can be lured to their sites. The shift is from scale to loyalty.
in "Platforms, publishers, and the end of scale" 22 nov 2019 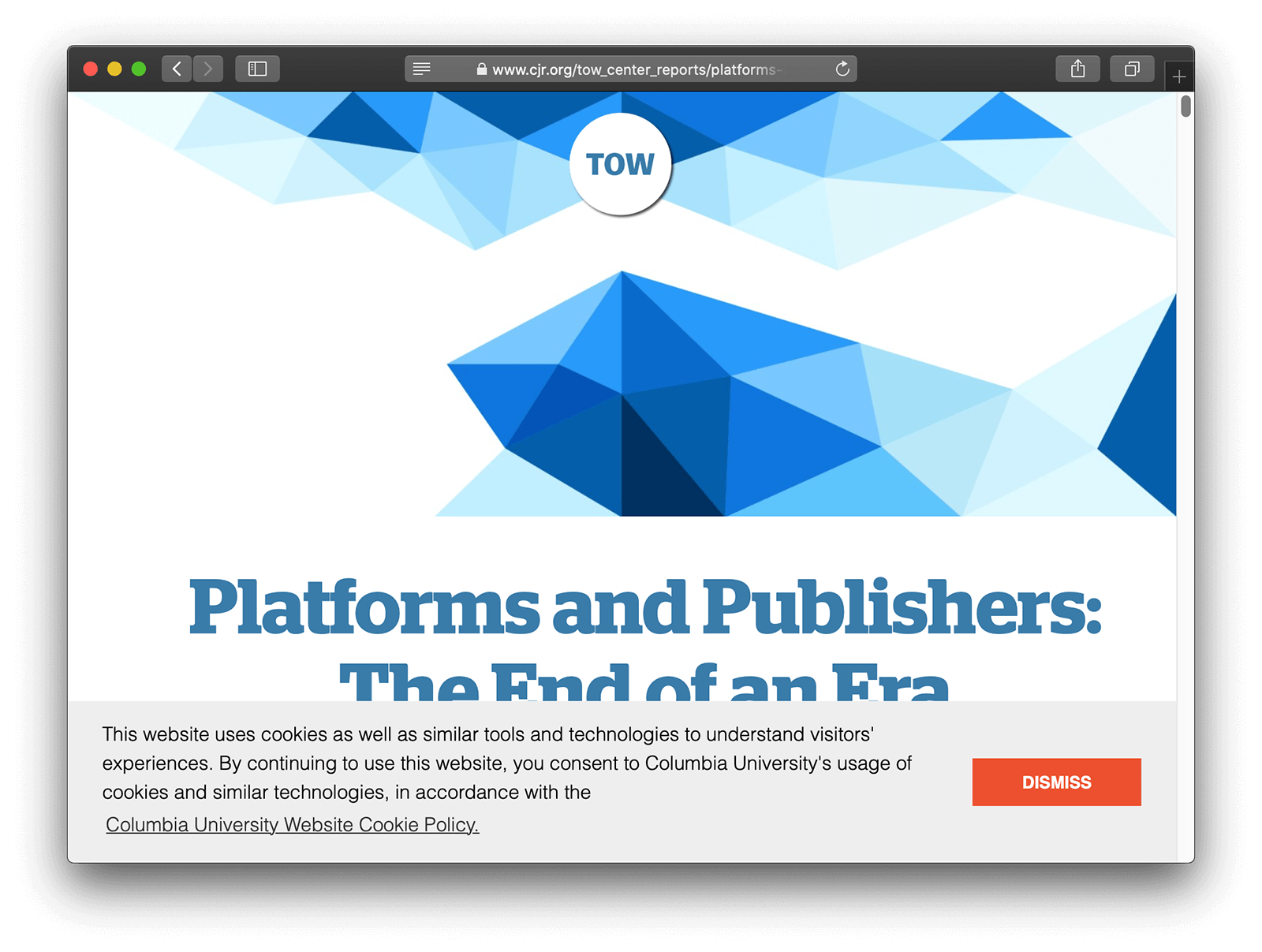 Executive Summary: the relationship between technology platforms and news publishers is entering a new moment.

Publishers continue to rely on a variety of platform products, but the ethos of collaboration that infused our research in 2018 has since significantly diminished. More openly than ever before, publishers expressed heightened distrust toward platforms. And while in past interviews they appeared willing to overhaul parts of their businesses to fall in line with platform maneuvers, their priorities were more focused this time around: Post-scale success necessitates regaining control of revenue streams and putting core audience interests above platform demands.

Last year, we observed strong signals that publishers were looking to bring audiences back to their own properties over “social-first” publishing. In 2019, the trend gained momentum. Many publishers interviewed openly regretted focusing on brand-diluting social content during the scale era, at the expense of undervaluing their core audiences, and have subsequently recommitted to serving their most loyal readers. From a business perspective, this means diversifying reader revenue streams to include, for example, events and membership programs.

Our key findings from this phase of research are: