« distributed labor as a compositional practice » 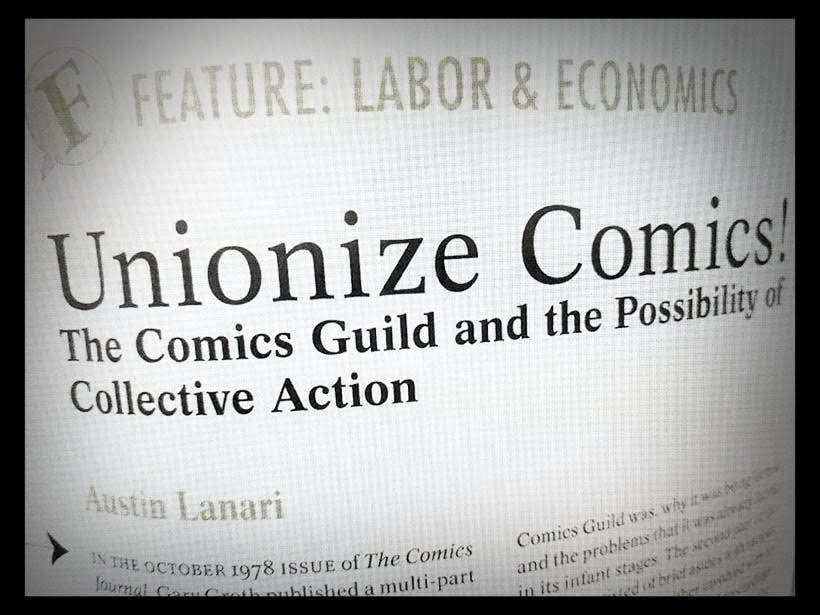 In 2017, I outsourced the commission of a book to the resources of an online labor market. In Harvested, a selected group of microworkers was asked to filter a huge database of JPG screenshots of adult films according to a consciously vague instruction: whether or not they displayed contemporary art. From 2016, I have been working on PmS involving the re-make of Peanuts.
in "Peanuts minus Schulz" 25 set 2019

Instead of receiving a salary, or an hourly wage and the benefits and protections their work entails, turks are paid for every small, atomized task they complete: they benefit of all the perks for an unregulated assembly line of cognitive workers with minimal transactional frictions in a general background of precariousness and hyper-exploitation.
in "Peanuts minus Schulz" 25 set 2019

Today’s comics criticism in relation to the digital presents the same malaise one experiences with early ‘new media’ writing: a sort of passé techno-positivist innovation-ism. An uncritical shift to digital potentialities that does not take account the medium’s industrial affordances and its precarious labor regimes is anachronistic: it sustains the myth of the solitary genius through the glorification of craftsmanship and fictions of artistic ethos and integrity [whereas] the large scale of these operations accounts for a market that is structured by a standardization of best practices for the transformation of craft production into mass production [and] it perpetrates a vision of disembodied nature of the digital information within a largely unacknowledged military-industrial-entertainment, FAMGA-driven internet space.
in "Peanuts minus Schulz" 25 set 2019 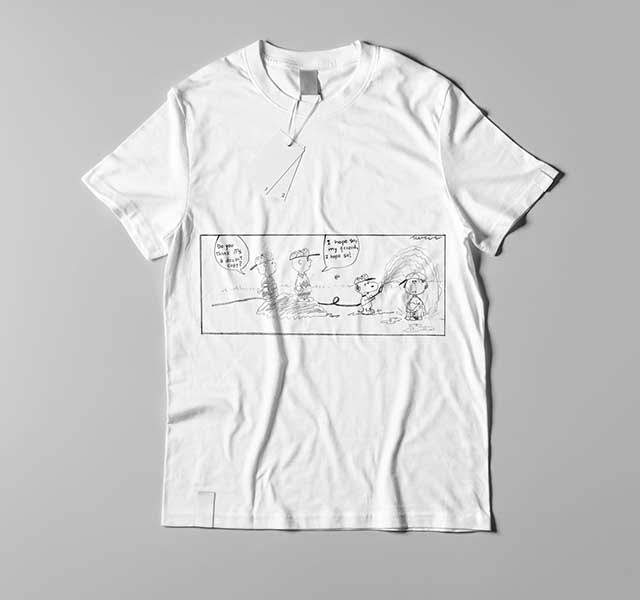 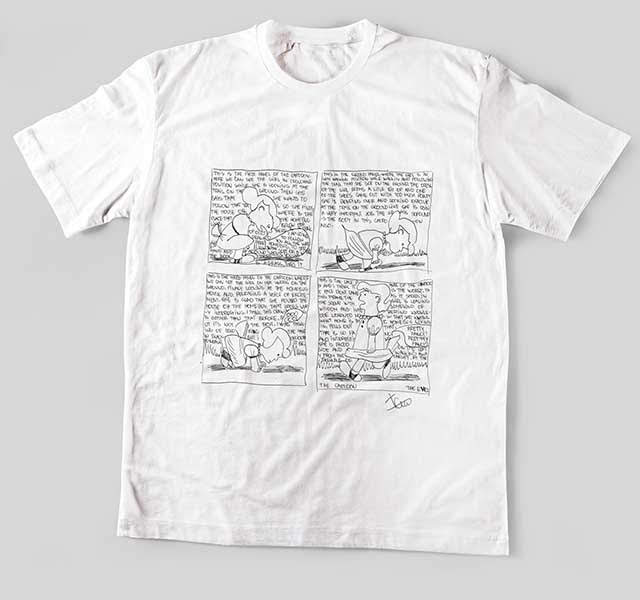 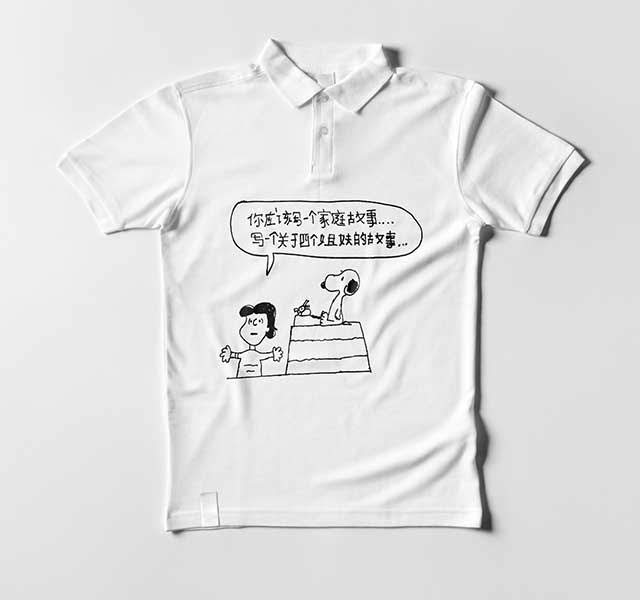 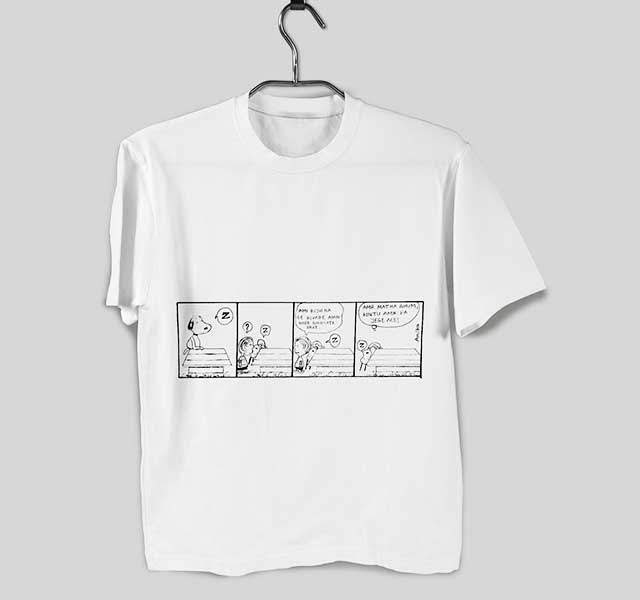 I will use PmS as a way to comment the expansion of the possible ways to produce content and organize labor in comics and will define what I understand as a post-digital and conceptual practice in the publishing industry of comics.

PmS is a conceptual comic book project that consists in the reproduction of Schulz’s work by commissioned artists, using digital tools and mediated by a digital labor management platform (an extremely deskilled workforce) calling into question the primacy of storytelling and drawing as the defining factors of the image-text medium.
in "Peanuts minus Schulz" 25 set 2019

an encounter with a counterfeit product

PmS displaces the integrity of the comic strip as a full-fledged entity, albeit a corporate copyright property, to an ongoing score: Schulz’s 50-years work becomes a durational performance that reenacts and retaliates upon the reader space which begs for new subjectivities, interpreted, annotated, performed, improvised and rearranged ad libitum, towards different or conflicting goals from those intended by its author [thru] a massive appropriation commissioned and outsourced to more than a thousand artists in twenty countries.
in "Peanuts minus Schulz" 25 set 2019

I am interested in the unexpected ways the comics industry’s generative forces inherent to distributed and specialized working routines are being reshaped in the age of digital networking. What happens to the comics industry in the advent of media convergence and its auxiliary operations of rapid digitization, immediacy of consumption and broadband distribution? How the diversification of access to content contributes to ‘ever more complex relations between top-down corporate media and bottom-up participatory culture’? And finally, how artistic practices and discourses, as well as the historically contingent roles that constitute the publishing world, position themselves vis-a-vis these powerful new environments? I came up with the term conceptual comics (CoCo) to point to the works that thematize the industrial aspects of their medium. They can be thought as post-digital declinations of older industrial forms of production: CoCos distance themselves from works that celebrate artistic expression or champion unique artistic and storytelling skills. They are equally critical of the various deployments of craftsmanship in their fabrication, from the fashionable risograph to the fetishized woodblock printing. Far from being originary acts, CoCos are immersed in (and survive from) information-intensive contexts. Their singularity is an access to otherness and their endurance originates from the way they are persistently unraveling and reshaped. Semantically elastic, stretched by a growing web of cross-references, often to the point of unrecognizability, a CoCo work cannot and will not remain forever the same object.
in "Peanuts minus Schulz" 25 set 2019

Artistic practice as an embodied skill is intimately involved with conceptualization. This practice-based research paper takes as a starting point the concept of distance: the distance I am more interested in, is epistemological — distant reading. Distant reading evades a direct confrontation with the text and can materialize ‘as a synthetic activity that takes as its raw material the "readings" of others’. It’s the ‘readings of others’ that I am proposing to explore here.
in "Peanuts minus Schulz" 25 set 2019

Free labor occupies a central position in the digital economies and the digital labor market can now be in antagonistic relationship with the comics industry’s various reading communities, small businesses and publishers. What are the challenges for the increasingly networked comics industry in times where cognitive labor deploys in postindustrial regimes of work management and, more importantly, how artists and readers can still defend fixed subject positions in a constantly shifting world that increasingly questions the validity of such conventions and practices?

Comics, for the most part, is an industrial form of art that counts on the orchestrated work of different professionals hired on a freelance basis. Its manufacturing processes depend on divisions of labor, where fragmentation, repeatability, homogeneity, and domination are essential features of any sequential industrial process. The production belt of mainstream comics often involves dozens of people handling specialized roles, making the comic book business ‘a shoddy, ephemeral diversion, a form of anonymous, relatively diluted, and industrialized pabulum’, printers, binders, advertisers and marketing specialists, all the way to distribution services, newsstand vendors, retailers, journalists, etc. Obviously digital technologies will not destroy comics as we know them, but they may change their underlying decorum. These changes have continuously shaped the lives of the industry’s amateurs and semi-professionals, who have to organize their time around a bricolage of fragmented schedules and poorly paid work, a Patreon account, selling a print in Deviantart, etc, are some of the patchwork tasks of the comics networked precariat in the age of semio-capitalism.

Comics are by default a multimodal text construction, that does not fit the narrow auteurist vision of humanities and literary scholarship. Comics production is riddled with the formal subjectivities and the conflicting personal interests and ambitions of several operators distributed throughout the chain of signification-production. The comics industry depends on a variety of social formats of engagement, most of which are hardly recognized as labor. Through readers’ columns, corporate-led fan-clubs, alternative conventions, mimeographed zines, specialized fora, price guides and academic conferences, readers and fans have occupied a constitutive part of the comics industry. To some considerable degree, their activities opened doorways favoring the emergence of new forms of content that has expanded beyond the formal loci and the traditional time schedules to encompass other forms of self-exploited labor. The Internet, as a site of disintermediation, contributed in not only reducing the distance between producers and consumers but also provided the backdrop for a flexible, collective intelligence to organize these new forms of playbor (activities that fit neither traditional definitions of work nor play). The Internet has contributed to the incentivization of the individuals that take an active role in discussing and distributing alternative, transformational or derivative works (enabling average consumers to archive, appropriate, annotate and recirculate media content) [but] these secondary works largely depend for the valorization on the power/knowledge nexus put forward by the mainstream comics publishers, ‘a negotiated version of the dominant culture’s values that the working-class has appropriated as an alternate moral system permitting legitimization of their means of expression’ ("the winning space" Geoff Stahl 1999). Comics fandom reveals the potential of an art form, whose language-like modus operandi, dismisses claims of clear-cut roles in the production chain and passionately argue for the importance of an idiosyncratic ‘reader’s space’ beyond imposed meanings coming from the author or the prevailing readings of certain works. A variety of appropriation practices has structured the winning space — for example ‘intentional communication’ (Hebdige 1979) or ‘bricolage’ (Levi-Strauss 1966). Lately, however, ‘détournement’, a concept coming from the Situationists, has been particularly helpful to understand appropriation practices in comics. It describes the process of repurposing works through the reuse of preexisting artistic elements in a new ensemble in order to subvert the conventional discourses produced with, and around, these works. These works highlight the insufficiency of the entrenched roles of production, claiming instead for an expanded agency: the collapsing of the reader, the writer, the critic, the historian, the distributor and the archivist.
in "Peanuts minus Schulz" 25 set 2019

The understanding of publishing as abstracted from its technological affordance is a rhetorical, ahistorical simplification. Publishing can be described as a hybrid object-human networked activity that develops around compound technologies of inscription and activates an entanglement of legal, institutional, economic, political and personal bodies. Through a series of industrial innovations and various modes of production routine optimizations, that have also benefited other segments of the creative industry, the publishing world has always been in the vanguard of capitalism. Through the book market, it has contributed in the shaping of intellectual property regimes, helped foreshadow the significance of cognitive labor (and its demise) and has been an active and often disruptive force in regards to government censorship, labor and union organizations, as well as the copyright establishment and the application of copyright and patent laws. While pioneering markets and professions, from web retail to tracking, monitoring and archiving technologies, the publishing industry has been able to reinvent itself by setting aside and overruling an array of professionals that once were key agents of the industry.
in "Peanuts minus Schulz" 25 set 2019

PmS explores a set of operation such as web-scraping, indexation, scripting, database building, moderation and spam filtering & acknowledges therefore the matter-of-factness of the available technological tools not in terms of a reified glorification based on questions of progress or innovation. Rather as an acceleration of the dissolution of industry’s entrenched roles and their old-fashioned values of artistic integrity. The point is to document how comics reflect the massive shifts that occur in the reconfiguration of labor for a globally, interconnected precariat of comics artists and readers alike. What are the soft forms of disruptive innovation that have shaped the comics industry? Through the use of new interfaces of labor management, automation, machine learning, library digitization digital comics are shaking existing readerships, markets, and technologies. They ultimately contribute to the formation of a new reader’s sensibility and (anti) authorial ethos. The reconfiguration of global production logistics related to printing, distribution and communication force a radical realignment for the practitioners’ artistic ethos and whatever privileged terrain of craftsmanship and outdated notions of authorial genius and artistic exception has been left intact.
in "Peanuts minus Schulz" 25 set 2019

At best, PmS buys into the fashionable paradigm of artist-as-entrepreneur and artistic work-as-content management. At worst, it highlights the historically industrial properties of the medium. Microworking as a compositional practice highlights disconcerting aspects of the publishing industry and conjures images of sweatshop production chain, industrial automation, unskilled labor and regimes of just-in-time production modes. Nonetheless, a closer look reveals just the opposite: the digital, aggregated micro-actions resist the smooth integration and style uniformization conventionally required in the industry of comics that leads to a totalizing system. Rather the opposite: these submissions radically reconfigure the assumptions made about the individual role different agents can have in a production chain. They underline the very nature of comics as an eternal score subjected to vagaries and contextual instantiations.
in "Peanuts minus Schulz" 25 set 2019 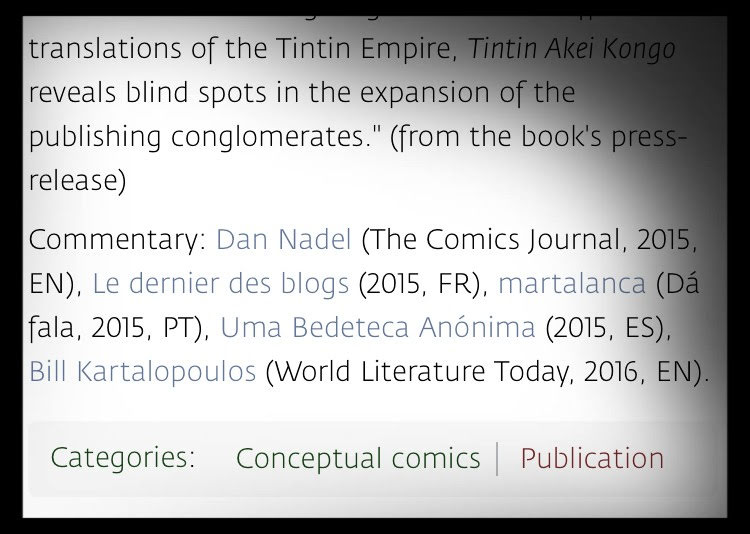 "revealing blind spots in the expansion of publishing conglomerates"