« Utopias are defined as much by what they exclude as by their promises of plenitude. » 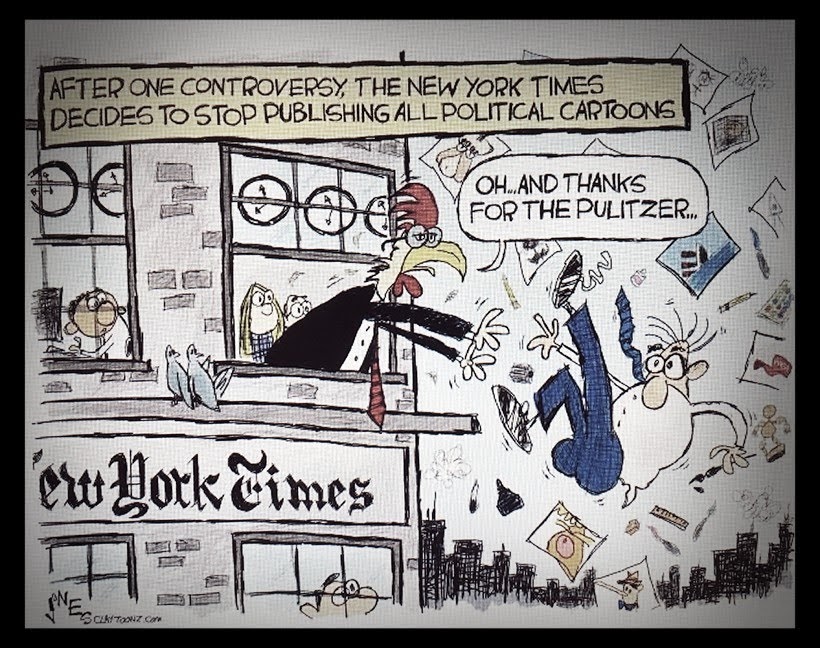 For comics publishers, the cast of characters may be different, but the circumstances are largely the same.

The number of unionized workers in internet publishing has increased a whopping 20-fold since 2010. To understand why there’s been an uptick in support for unions, it’s necessary to understand the economic realities of online media and publishing in 2019. Here’s a hypothetical: a publisher experiences financial hardship as they attempt to navigate the turbulent waters of today’s media climate. Ad revenue is down, views and circulation are down, everything’s down except for costs (which are going up). In walks Messrs. Hedge Fund and Venture Capital. Like Joel Osteen or Tony Robbins, they promise a better way with a perfect smile and shiny suit. And you? Well, you’re not in much of a position to refuse them. You let yourself be taken in by promises of maintaining operational independence and profitability. The road to black is paved conspicuously with layoffs, slashed budgets, and ill-conceived attempts to rebrand. A few years later, one of two things will likely occur. One: You operate an empty vessel who invokes the specter of independence and objectivity, without follow through. Two: You will no longer exist.
in "Will comics ever get a union? Sasha Bassett plans to find out" 13 jun 2019

It’s undeniable that editorial cartooning, even more than journalism as a whole, is in crisis. A 2012 report by the Herblock Foundation found that there were fewer than 40 editorial cartoonists with newspaper-staff jobs in America, a steep decline from more than 2,000 such positions in the beginning of the 20th century.

Yet the impulse to deploy images in the service of politics continues, even if staff jobs are scarce. A new generation of alternative cartoonists have emerged who are most often to be found online. Distinguished names include Matt Bors, Tom Tomorrow, Eli Valley, Pia Guerra, Matt Lubchansky, Ruben Bolling, Kasia Babis, and Jen Sorensen.
in "Why the Paper of Record Hates Cartoons" 18 jun 2019

The Times has long viewed editorial cartoons with sniffy disdain. For most of its existence, the Times, along with The Wall Street Journal, was one of the few newspapers that ran no cartoons at all. If the Times has a cartoon allergy, this is partly a matter of class. As an upscale newspaper, the Times prefers to present itself as objective and above the fray. By contrast, the publishers who have done the most to promote cartooning of all sorts, William Randolph Hearst and Joseph Pulitzer, were media ruffians, guilty of “yellow journalism” and exciting plebeian anger.

As Bennet [Times editorial-page editor] admits, the bluntness of cartoons goes against his own sensibility. It is revealing that Bennet singled out for praise the Pulitzer Prize–winning stories in comics form about Syrian refugees that Jake Halperin and Michael Sloan did for the Times. These are excellent works of reported cartooning (in the tradition of Joe Sacco’s work), rather than satire. It’s hardly surprising that someone as committed to elite concord as Bennet would be so uncomfortable with editorial cartoons, an art form that at its best is agitational, subversive, and nose-tweaking.
in "Why the Paper of Record Hates Cartoons" 18 jun 2019

In intent, a cartoon is closer to a burnt effigy or a voodoo doll than it is to a reasoned essay. The goal is to wound.

Editorial cartoons have power to upset people that words rarely match. As a visual form, cartoons travel at the speed of light, whereas a speech travels at the speed of sound and written words are slowed down by the effort of the eye to riddle them out. As you plod word by word through this sentence, you can’t untangle the full meaning until you reach the end. By contrast, a cartoon hits you like a punch in the eye.
in "Why the Paper of Record Hates Cartoons" 18 jun 2019