The problem with the ideal of authenticity, however, is that it is resistant to explaining itself as an ideal.

How do we argue with someone who refuses to justify their preferences? For one, we see that they have not achieved their ideal so much as they strive toward it, and this opens the space to talk about how well they live up to.
in "Charles Taylor’s The Ethics of Authenticity (Chapters 1-5)" 19 jun 2015

Part and parcel of the ideal of respecting others lives because they are others lives is an unwillingness to engage in arguments - either justifying or criticizing — a person’s beliefs, values, and so on. The result is a "soft relativism": "the ideal sinks to the level of an axiom, something one doesn’t challenge but also never expounds". In the political sphere, the correlate political stance is the liberalism of neutrality.
in "Charles Taylor’s The Ethics of Authenticity (Chapters 1-5)" 19 jun 2015

The entire ethos of authenticity results in an extraordinary inarticulacy about one of the constitutive ideals of modern culture. Taylor’s goal is to use philosophy to challenge authenticity’s inarticulacy — to make it articulate. To perform this "work of retrieval" readers have to hold three controversial beliefs:

Despite the inarticulacy of the ethic of authenticity, we can engage it in reason.

A feature of human life "is its fundamentally dialogical character. We become full human agents, capable of understanding ourselves, and hence of defining and identity, through our acquisition of rich human languages of expression". "Language" is characterized very broadly to include all expressive systems, and these are never a product of private contemplation. Instead, we are introduced to them by others.
in "Charles Taylor’s The Ethics of Authenticity (Chapters 1-5)" 19 jun 2015

We are expected to develop our own opinions, outlook, stances to things, to a considerable degree through solitary reflection. But this is not how things work with important issues, such as the definition of our identity. We define this always in dialogue with, sometimes in struggle against, the identities our significant others want to recognize in us. It would take a great deal of effort, and probably many wrenching break ups, to prevent our identity being formed by the people we love. The narcissistic aspect of the ideal of authenticity denies this dialogism, but Taylor wants to argue that in so doing, it in fact contradicts the ideal of authenticity.

Self-definition means figuring out what significantly differentiates me from others — significance is dialogic -it’s bestowed or denied in conversation with others. The soft relativism of authenticity would officially deny this social character of significance, but it tends to sneak in through the back door. People cannot just up and decide what is important without explanation. All things have their importance against a horizon of significance, but it is just this horizon that the contemporary ethos veils. In trumpeting the supreme value of choice as a formal capacity, all content of what is actually chosen goes unexamined.

When one makes choice the crucial justifying reason, the original goal is subtly frustrated. Difference so asserted becomes insignificant. Authenticity cannot be defended in a way that does away with the horizon of significance. That’s not to say choice is unworthy of celebration entirely because clearly there is a sense in which choosing well bestows value on one’s life. [But] what is chosen "depends on the understanding that independent of my will there is something noble, courageous, and hence significant in giving shape to my own life". [Hence] some options are more significant than others.
in "Charles Taylor’s The Ethics of Authenticity (Chapters 1-5)" 19 jun 2015 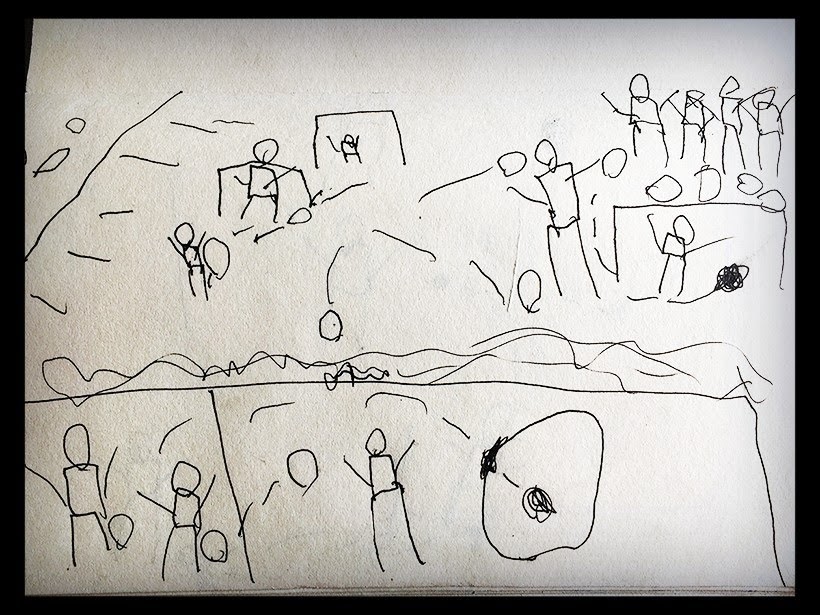