We’re living through the most profound transformation in our information environment since Johannes Gutenberg’s invention of printing in circa 1439. And the problem with living through a revolution is that it’s impossible to take the long view of what’s happening. Printing shaped and transformed societies over the next four centuries, but nobody in Mainz (Gutenberg’s home town) in, say, 1495 could have known that his technology would (among other things): fuel the Reformation and undermine the authority of the mighty Catholic church; enable the rise of what we now recognise as modern science; create unheard-of professions and industries; and yet printing did all this and more.

Why choose 1495? Because we’re about the same distance into our revolution, the one kicked off by digital technology and networking. And although it’s now gradually dawning on us that this really is a big deal and that epochal social and economic changes are under way, we’re as clueless about where it’s heading and what’s driving it as the citizens of Mainz were in 1495. That’s not for want of trying, mind. Library shelves groan under the weight of books about what digital technology is doing to us and our world. Our contemporary state of awareness is – as Manuel Castells, the great scholar of cyberspace once put it – one of "informed bewilderment".
in "'The goal is to automate us': welcome to the age of surveillance capitalism" 20 jan 2019

Continuemos a nossa senda de educar os teens. Estivemos de Shoshana Zuboff em março de 2017, agora sai o livro "The Age of Surveillance Capitalism", "a new lens through which to view what Google, Facebook et al were doing – nothing less than spawning a new variant of capitalism", "the most ambitious attempt yet to paint the bigger picture and to explain how the effects of digitisation that we are now experiencing as individuals and citizens have come about", "not so much about the nature of digital technology as about a new mutant form of capitalism that has found a way to use tech for its purposes". Mashup em acelerado:

Once we searched Google, but now Google searches us. Once we thought of digital services as free, but now surveillance capitalists think of us as free.

Surveillance capitalism diverges from the history of market capitalism in key ways:

Surveillance capitalism unilaterally claims human experience as free raw material for translation into behavioural data. Although some of these data are applied to service improvement, the rest are declared as a proprietary behavioural surplus, fed into advanced manufacturing processes known as ‘machine intelligence’, and fabricated into prediction products that anticipate what you will do now, soon, and later. Finally, these prediction products are traded in a new kind of marketplace that I call behavioural futures markets.

While most of us think that we are dealing merely with algorithmic inscrutability, in fact what confronts us is the latest phase in capitalism’s long evolution – from the making of products, to mass production, to managerial capitalism, to services, to financial capitalism, and now to the exploitation of behavioural predictions covertly derived from the surveillance of users. In that sense, her vast (660-page) book is a continuation of a tradition that includes Adam Smith, Max Weber, Karl Polanyi and – dare I say it – Karl Marx.
in "'The goal is to automate us': welcome to the age of surveillance capitalism" 20 jan 2019

The first surveillance capitalists conquered by declaration. They simply declared our private experience to be theirs for the taking, for translation into data for their private ownership and their proprietary knowledge. [It] perfectly reflected the history of capitalism, marked by taking things that live outside the market sphere and declaring their new life as market commodities.

It is no longer enough to automate information flows about us; the goal now is to automate us. These processes are meticulously designed to produce ignorance by circumventing individual awareness and thus eliminate any possibility of self-determination. As one data scientist explained, "We are learning how to write the music, and then we let the music make them dance." The message here is simple: Once I was mine. Now I am theirs. Knowledge, authority and power rest with surveillance capital.
in "'The goal is to automate us': welcome to the age of surveillance capitalism" 20 jan 2019

During the past two decades surveillance capitalists have had a pretty free run, with hardly any interference from laws and regulations. Democracy has slept while surveillance capitalists amassed unprecedented concentrations of knowledge and power. This antidemocratic and anti-egalitarian juggernaut is best described as a market-driven coup from above: an overthrow of the people concealed as the technological Trojan horse of digital technology. This coup achieves exclusive concentrations of knowledge and power that sustain privileged influence over the division of learning in society.
in "'The goal is to automate us': welcome to the age of surveillance capitalism" 20 jan 2019

The duality of information technology: its capacity to automate but also to "informate", to translate things, processes, behaviours, and so forth into information. Information technology produces new knowledge territories by virtue of its informating capability, always turning the world into information. The result is that these new knowledge territories become the subject of political conflict. The first conflict is over the distribution of knowledge: "Who knows?" The second is about authority: "Who decides who knows?" The third is about power: "Who decides who decides who knows?". Now the same dilemmas of knowledge, authority and power have surged over the walls our societies. Surveillance capitalists were the first movers in this new world.
in "'The goal is to automate us': welcome to the age of surveillance capitalism" 20 jan 2019

They declared their right to know, to decide who knows, and to decide who decides. In this way they have come to dominate what I call "the division of learning in society", which is now the central organising principle of the 21st-century social order, just as the division of labour was the key organising principle of society in the industrial age. We enter the 21st century marked by this stark inequality in the division of learning: they know more about us than we know about ourselves or than we know about them.
in "'The goal is to automate us': welcome to the age of surveillance capitalism" 20 jan 2019

Our participation is best explained in terms of necessity, dependency, the foreclosure of alternatives, and enforced ignorance. We are trapped in an involuntary merger of personal necessity and economic extraction, as the same channels that we rely upon for daily logistics, social interaction, work, education, healthcare, access to products and services, and much more, now double as supply chain operations for surveillance capitalism’s surplus flows.
in "'The goal is to automate us': welcome to the age of surveillance capitalism" 20 jan 2019

One of the amazing things about the web used to be its simplicity. It was not too hard to become your own publisher on it. The big success of the web is that everybody can take part and the barriers to entry were low. It was a read-write web, you learned the trade by using the medium. This was the big breakthrough. You didn’t learn sound production by listening to the radio. You didn’t learn how to make movies by watching TV. Old school media needed many experts to work together to produce the final product. On the web, things seemed much easier. You either used one of the now defunct services like Geocities, or you got a server, learned about HTML and CSS and a dash of JavaScript and created your own site. Training materials were online and largely free and open. The more important thing to me was there was a sense of adventure and exploration. We looked at the source code. We used what we had and made it work – no matter how convoluted. There was no guide to follow – it was the thrill of beating the system and making it do something it wasn’t meant to. It was our cleverness that got us there – not picking from a huge offer of choices and finding one that does the job.
in "A more complicated web" 15 jan 2019

This is still the idea of the indie web and there are many great ideas to be your own publisher. And – maybe even more importantly – the owner of your publishing platform and how your content gets to the end users.
in "A more complicated web" 15 jan 2019

There is a romantic view of the realities of the web [and] I’m disappointed that we allowed self-publishing on the web to become a niche experience again: the more problematic part to me is that outside the indie web movement there is a general call to go back to when the web was simpler. Running a web site means you take on responsibility for your users and – to a degree – the open web. Any system is as weak as its weakest link. What we consider a way to express ourselves on the web – our personal web site – is a welcome opportunity for attackers. You may think that your little home on the web isn’t interesting to attackers. It probably isn’t. But it can be recruited as a part of a botnet or to store illegal and malicious content for re-distribution. What we need now to match the siren call of closed garden publishers is making it easier to publish on the web. And to control your data and protect the one of your users. This isn’t a technical problem – it is one of user interfaces, services and tools that make the new complexity of the web manageable.
in "A more complicated web" 15 jan 2019

Our societies have tamed the dangerous excesses of raw capitalism before, and we must do it again. While there is no simple five-year action plan, much as we yearn for that.

So what is to be done? In any confrontation with the unprecedented, the first work begins with naming. Speaking for myself, this is why I’ve devoted the past seven years to this work… to move forward the project of naming as the first necessary step toward taming. My hope is that careful naming will give us all a better understanding of the true nature of this rogue mutation of capitalism and contribute to a sea change in public opinion, most of all among the young.
in "'The goal is to automate us': welcome to the age of surveillance capitalism" 20 jan 2019 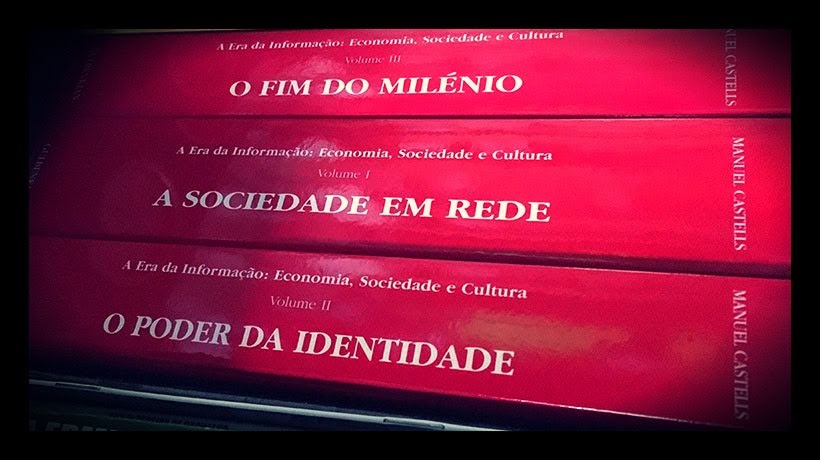