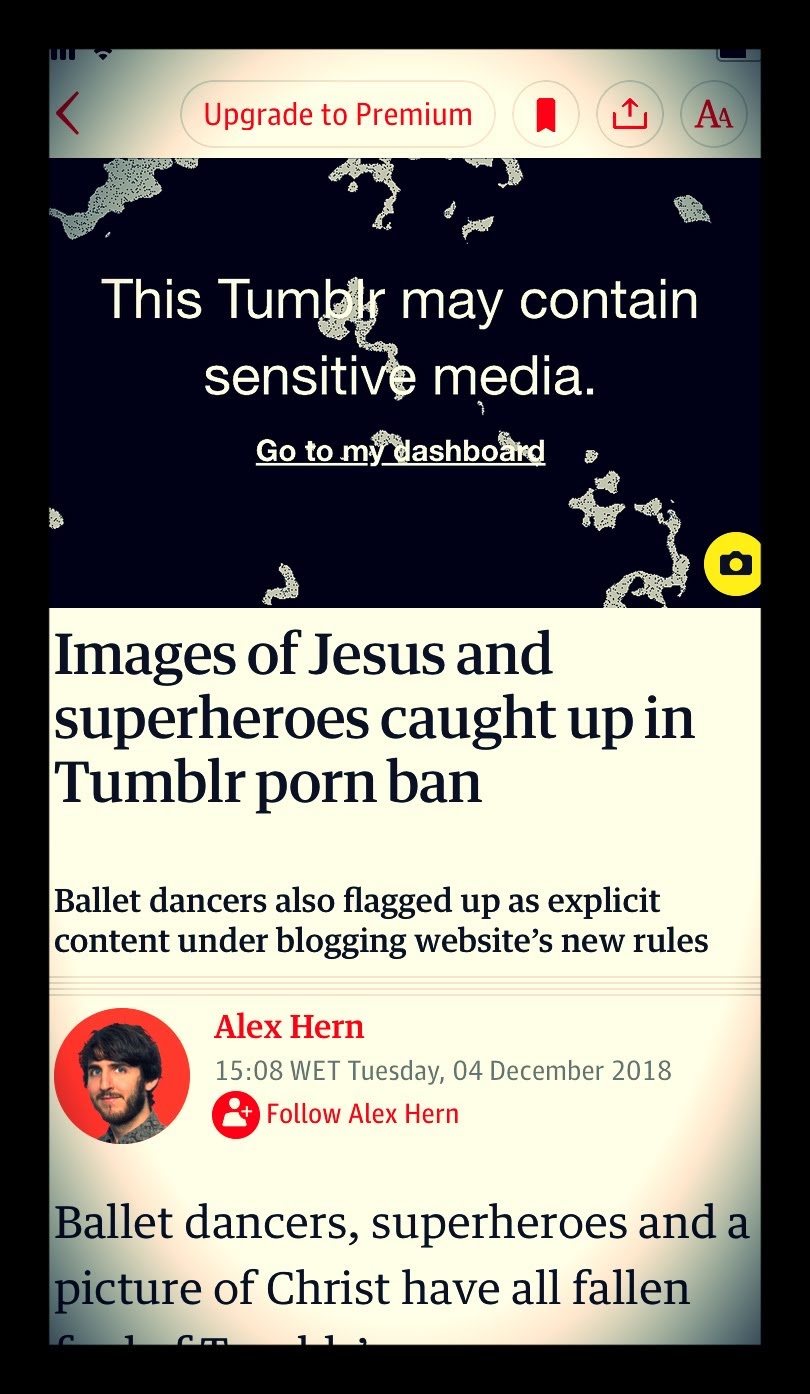 This is not the beginning of the end of the internet as we know it. That began years ago.

When the web exploded into being, it promised to democratise publishing more than anything before. Which it did. And it was incredibly exciting. As well as the authoritative publications we had come to know and trust, for the first time ordinary people could also publish, with an incredibly low barrier to entry. Slowly, over the past 20 years, things have gone wrong. The traditional publishers have engaged in a race to the bottom. Rather than committing to quality journalism, which was their job, they have chosen to pursue clickbait headlines. We can no longer trust the traditional publications as much as we should be able to — largely because they have demonstrated they are not as trustworthy as they were meant to be. Meanwhile everyday bloggers have largely given up. People are now most likely to publish on a platform like Facebook or Medium, where our content is algorithmically filtered and mangled.
in "The web’s bloated middle" 12 jul 2018

Though once reviled, dancing baby .GIFs and elements seem like high art compared to the click-bait, the passionate-yet-incomprehensible comment wars, and the desperate attempts of corporations to look "hip". We’d be hard-pressed to look around and say, "Yes, this really is better." It’s far too easy to look back and imagine that everything was better then than it is now. We miss the utopianism of the early Internet pioneers. We miss the creativity of people just learning HTML, from the days of the first pages, to the days of the customized MySpace page.

And so here we are, in a new world of our own making, and we wish we’d made it differently. Some people blame corporations, and their focus on profit over community. There are more than a few who blame social media. We could have done better. We can do better. We can make a friendlier Internet that promotes creativity. What we cannot do is go back.
in "The Web Can’t Go Home Again" 1 dez 2018

We can’t go back to the old Internet because we have changed. Like Adam and Eve in the proverbial garden, we now have knowledge of both the good the Internet can do, and the evil.

Communities have seen how, when there are not enough rules, or when the rules are not enforced, the loudest and most violent voices will oppress the rest. We have also seen that with too many rules, and inflexible enforcement, the bureaucrats will become the oppressors. We cannot go back to the wild west days of the Internet, because it’s unlikely that most of us could ever embrace that sort of potential without the fear born of our experience.
in "The Web Can’t Go Home Again" 1 dez 2018