A thing that is not always noted when talking of Herriman is that Krazy Kat started on the sports page.

It’s a book about so many intersecting things, as the 19th century gave way to the 20th: cartooning, storytelling, newspaper culture and design, it’s a sort of untold history of the comic strip from a vantage point that previous chroniclers often miss, as the Sunday color supplements and daily comic strips became isolated from the rest of the newspaper.
in "Getting the Goat Getters: A Conversation with Eddie Campbell" 9 out 2018

I've developed my own concept of the history of cartooning, of which "comics" is just one aspect. I tend to groan when all those "History of Comics" come out and as time has moved along they have got narrower in their focus. In which more often than not the writer is reiterating the conventional old narrative of the previous one. Also, when some of these histories get to joining up the dots, they are seeing only the dots in a narrow window and thus missing the real connections that are invisible to them. So there was a pressing need to see the old comics and cartoons in their context, to see the newspaper as a holistic environment in which cartoonists could be moving this way and that and working in several sections of the paper at the same time and not just the comics pages. If you go at it all without the usual prejudices, a quite different story can be drawn out.in "Getting the Goat Getters: A Conversation with Eddie Campbell" 9 out 2018

Unlike academic texts, with me it's all directed toward telling a story. For example, nobody has written about this stuff before so I had to invent all the terminology. With the strip-under-the-strip effect that Herriman used and several other artists borrowed, I found myself calling it "the lower quadrant." Away with that, I thought, crossing it out, and wrote "the basement."
in "Getting the Goat Getters: A Conversation with Eddie Campbell" 9 out 2018

It was an irregular combination of the serious and the funny in the same layout that has no comparison in any other graphic medium as far as I know. The trick was to praise the guy and get his goat at the same time.
in "Getting the Goat Getters: A Conversation with Eddie Campbell" 9 out 2018 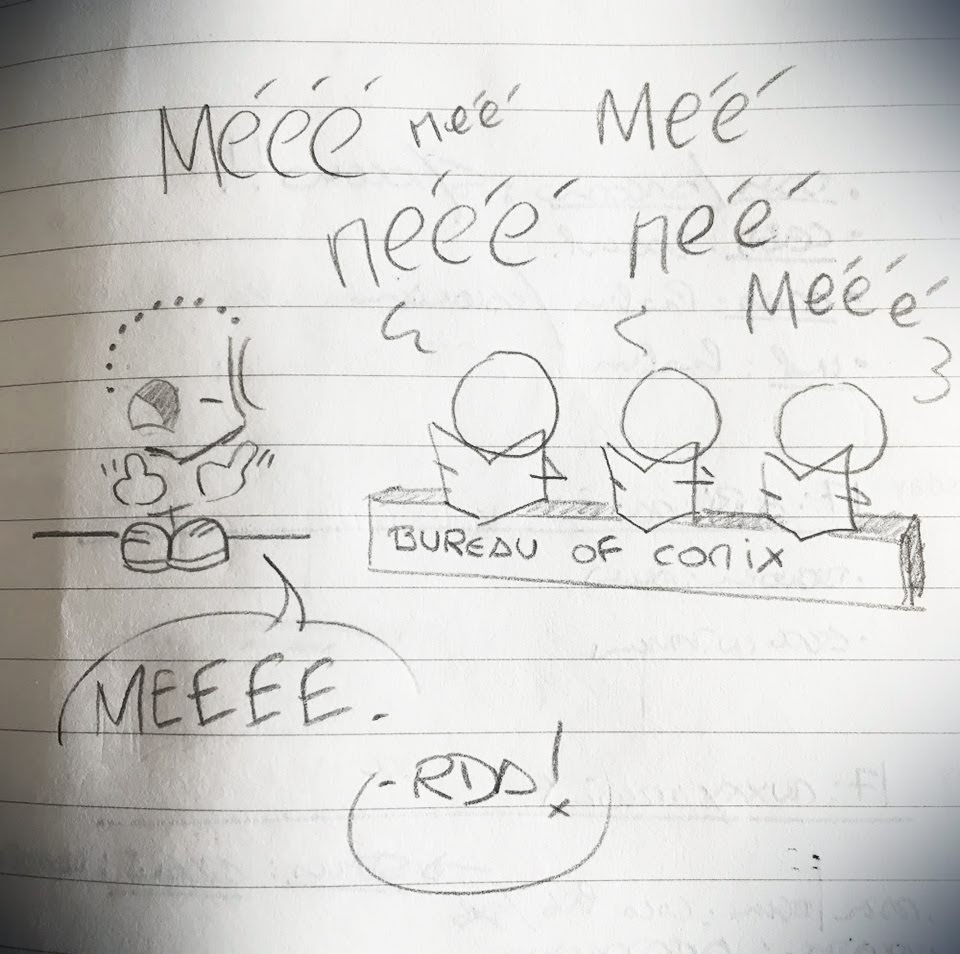