How can comics use digital technology to their own advantage and remain faithful to their distinguishing features without being too purist or fixed in their traditional form?

The medium is still suffering from an identity crisis, as it has become clear with scholars continuing struggle to find an appropriate definition of what comics actually is. It has tried to lean on the visual arts, as well as literature, for support, to allow it to gain legitimacy as a form. However, this has caused even more confusion and disagreements among scholars regarding the origin, nature, and purpose of comics. Appropriating blindly any hybrid form containing comics elements as belonging to the medium of comics, then, would only complicate the matter further.
in "Enhanced Webcomics" 2016

It is necessary to detach the notion of comics from the notion of comic books. Most comics scholars would probably vote against this procedure, as the “shortcomings” of print represent the characteristic appeal and form of classic comics.

It"s notoriously difficult to define comics and in the case of digital comics this might prove even more challenging due to the malleable and ever-changing nature of digital media, in constantly "in danger" of becoming something other than a comic. (...) Being a combination of visual and textual components, comics offer many ways in which these can be reshaped and presented in a new light. The physical limitations of the printed page are lifted as computer screens offer virtually unlimited space to arrange comics panels.

The conceptualisation of comics as tied to the comic book is understandable, since the medium was born and popularised in print, and some of its main characteristics, such as the speech balloon, the motion lines, and the graphic sound effects, emerged precisely because of the limitations of print. But now that the medium has managed to become integrated on the digital realm [torna-se necessário] substitute the original traits of comics with the more realistic and natural ones offered by the digital media.
in "Digital Comics: Harder, Better, Faster, Stronger?" 21 nov 2016 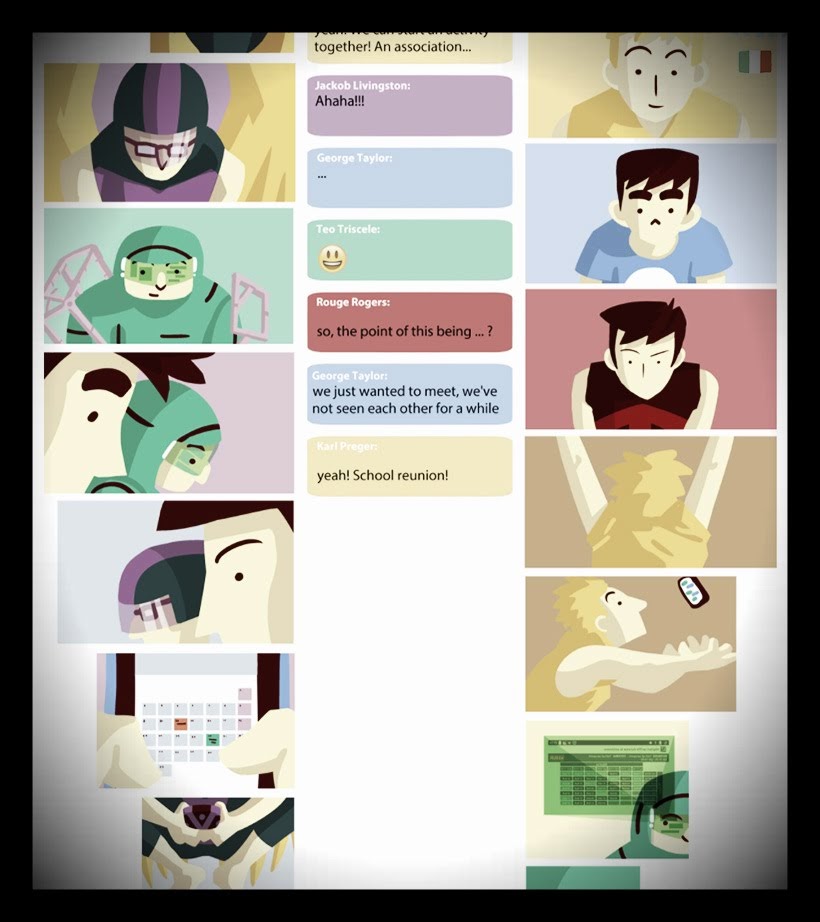 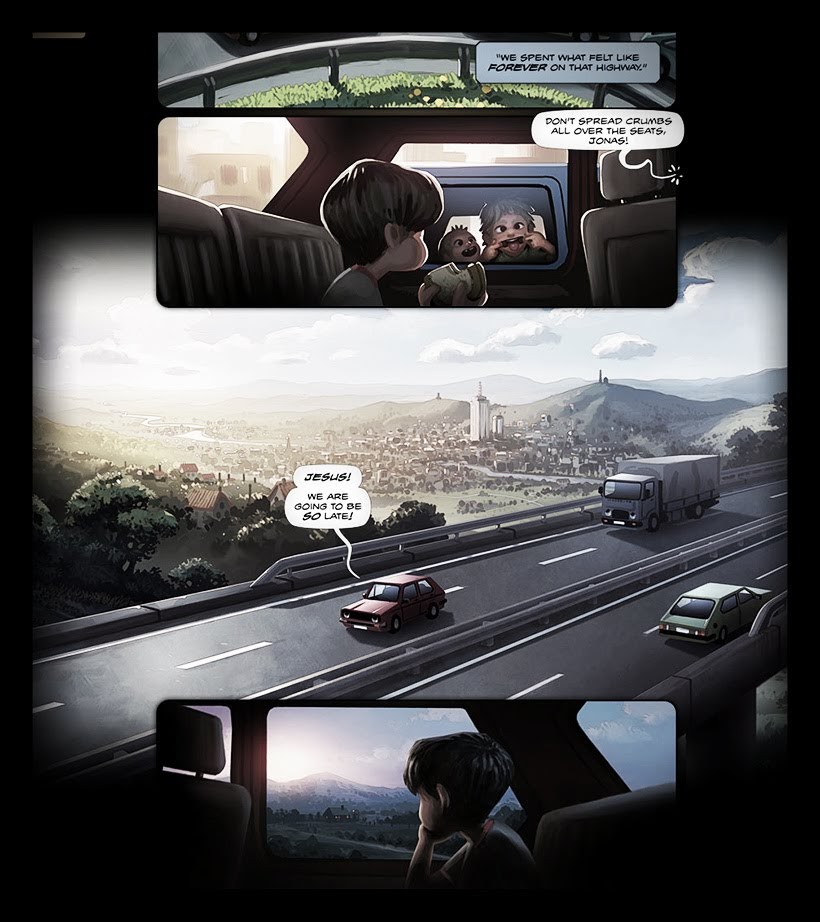 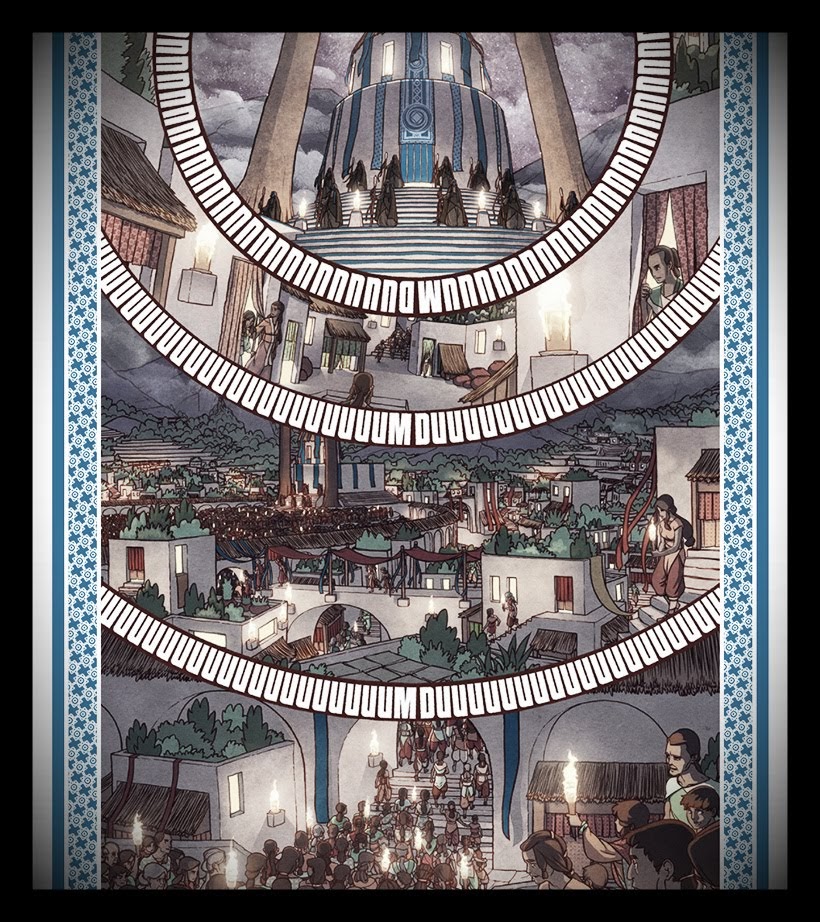 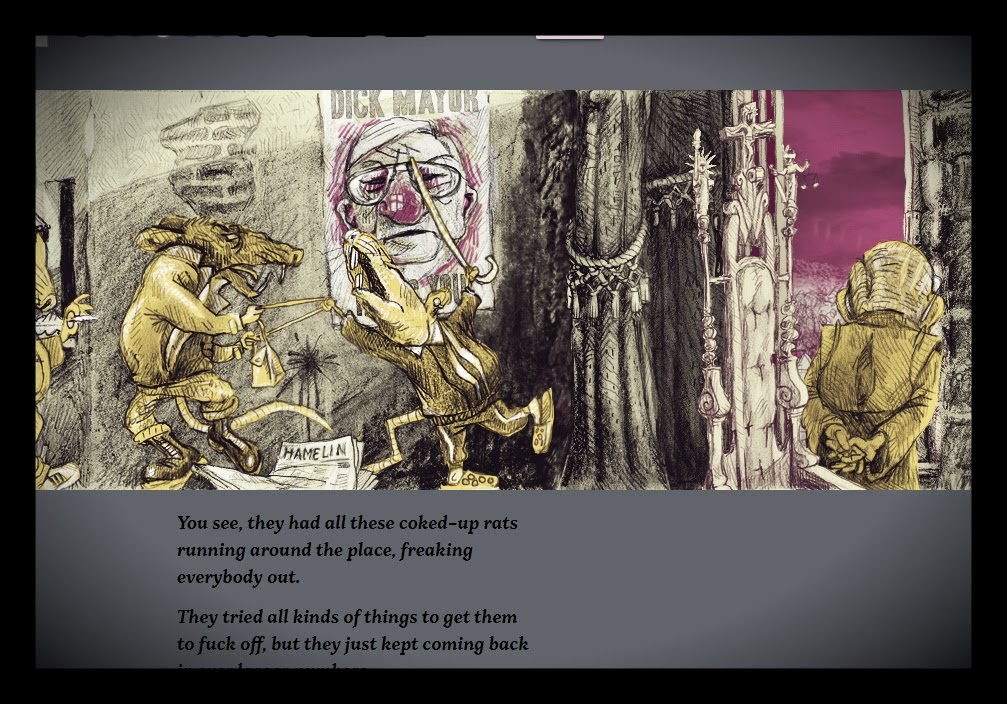 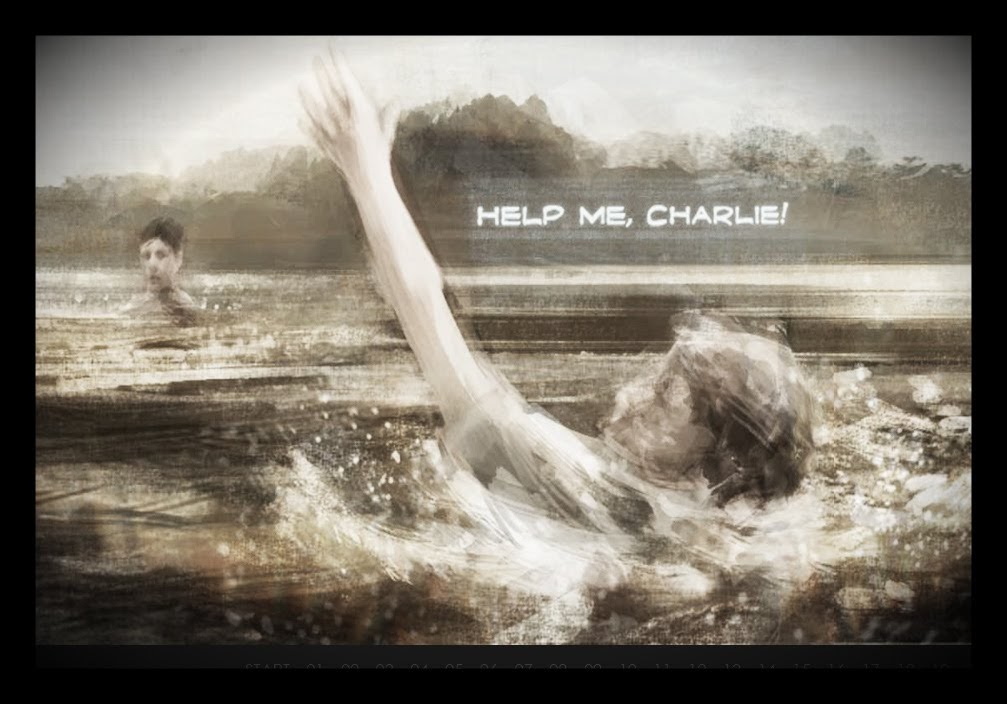 One can differentiate between two basic categories of webcomics: webcomics intended to be printed, which use digital distribution as a support and promotion of the printed comic; and those intended for digital viewing, and use the Internet and computer-based technologies as their main host and distribution platform.
in "Digital Comics: Harder, Better, Faster, Stronger?" 21 nov 2016

Crucial in their difference: the intention of the webcomics creator, and their engagement with the medium.

Webcomics [podem ser] enhanced through the use of:

Infinite canvas manages to lift some limitations of print comics without changing the overall feel too drastically, while animated and voiced webcomics, as well as interactive or game comics, have a much higher inclination to transgress into domains of other media and transform themselves in order to accommodate and integrate these novel foreign features.

The use of infinite canvas in enhanced comics appears to be one of the most logical routes traditional comics take when transferred onto the digital medium. (...) It is then fair to say that infinite canvas webcomics can still be considered a continuation of the comics medium.
in "Enhanced Webcomics" 2016

Time-based events forced comics creators to find ways of representation [that] eventually led to a well-defined identity for the medium of comics. (…) As comics migrated onto the computer screen these limitations disappeared and the opportunity arose to incorporate time-based events and other elements, which were unthinkable on paper. As technology evolved and allowed for an easier and more sophisticated manipulation of digital media, the first interactive and animated comics started to sprout [e] become augmented through the use of animation, sound and interactivity to the point that their classification as comics is questionable [if] adopted many new functions of the digital media, without actually adapting them to the medium of comics.

The idea of the panel, and the sequential arrangement of panels on the page are still very intimately connected with the medium of comics. Comics were "invented" with the printed page in mind. (…) One can use front-end programming languages [+ other disciplines and art forms, such as animated videos, soundtracks, videogames & several digital techniques, such as parallaxing, animation and sound effects] in order to manipulate the way these elements will be displayed, and whether there will be interaction with the reader. But is that what comics readers want to see (or hear): substituting the onomatopoeic sound-words so characteristic to comics with the actual sounds might be more realistic, but is it appropriate?
in "Digital Comics: Harder, Better, Faster, Stronger?" 21 nov 2016

Do excesso: "a transformation by which different elements are connected and merged into each other, thereby creating a new form" ou " a by-product of the clash of the two media" ?

Synchronous animation with sound belongs to a different realm in which comics stop being comics: the result of animating static images taken from the comic book, which is still strictly an animation [e] results in somewhat awkward scenes, where the moving objects appear like paper cut-outs moving across the screen. The form of the comics is lost, and there remains only a decorative comics feeling.

If one adds a more detailed dimension of time (through sound and motion), then comics" unique “multi-image structure […] becomes superfluous, if not a nuisance, and is not likely to endure”.
in "Enhanced Webcomics" 2016

The effectiveness of the digital comic depends on the way in which the same technology is implemented in the comic.

Comic creators should strive to adopt simpler ways of constructing a narrative. It is not necessary to use the latest innovations in visual art, nor the latest interaction design framework.

Using web technologies to guide the reader through the narrative or provide supplementary information can result in an efficient and rich presentation. The stylistic modes of the chosen medium should be used in such a way that they reinforce the exposition of the story in a clear way. By taking control of the medium and using its methods to full potential, the strengths of the story can be highlighted. In the specific case of digital comics, this translates to being aware of the myriad of possibilities made available with digital technology and applying them effectively to the sequence of images and text that make up a traditional comic.
in "Digital Comics: Harder, Better, Faster, Stronger?" 21 nov 2016

Scrolling, dragging or clicking through a digital work of art feels more intimate than merely watching the comic unfold. If we see that our clicking and dragging affects the structure or constitution, we will have a better sense of it and will gain more knowledge about its inner working and functionalities. This might correspond most to touching a book and grasping a sense of its dimensions, the thickness and the texture of its pages, or the quality of its binding.
in "Digital Comics: Harder, Better, Faster, Stronger?" 21 nov 2016

Vertically infinite comics works remarkably well as it takes into consideration the natural behavior of online readers and the structure of an internet website to deliver a smooth and natural reading experience. This potential of using the make-up of a website in order to render the contents of the comic more interesting & to emancipate itself from print comics:  RGB monitors, HTML hyperlinks, GIF animations, JavaScript, CSS layering, dHTML animation, and more recently, Flash animation...
in "Digital Comics: Harder, Better, Faster, Stronger?" 21 nov 2016

Once comics artists start to exploit the virtual advantages of the computer [ + the use of programming languages like HTML, CSS and JavaScript ], they will be free from the layout constraints of the printed page: a liberating and empowering mechanism.
in "Enhanced Webcomics" 2016

Exemplo xkcd "Click and Drag" 2010, "simple stick-figure style complemented by a use of the digital techniques not too exceptional but simple enough to be used in various situations and in various ways", como "alt text", "animated GIF images" e "big vertical images / infinite canvas".

1) Z-index: instead of creating large image files to be explored on a two-dimensional plane by scrolling horizontally and vertically, one can also opt to place the images one on top of the other, and allow the viewer to scroll “through” them, creating the effect of moving deeper into the comic;

2) In contrast to traditional comic books, where one can quickly flip through the pages and get an overview by glancing at the pages and page number [...] unless one reads the story from beginning to end in one take, there is a great risk of losing oneself in this immense horizontal strip. It resembles a film reel. As a temporal medium, film does not allow the viewer to move back in the story
in "Enhanced Webcomics" 2016

Digital comics are very dependent on the size of the device the reader is using to view them. One can always try and zoom into the image or switch the orientation of the device, but that would not solve the problem.

It has not been easy to find a very successful way of optimizing comics reading on small digital devices. Beside the obvious limitations in size, reading a longer piece on a smartphone can be a challenge in itself, as it is easy to become distracted or disturbed. Having to constantly interact with the screen to zoom in and read the speech bubble or to change panel or page can be tiresome and greatly hinders comic’s immersiveness.

Comic creators [need] to consider the specifications of the medium their comics will be distributed and contained on from the beginning of the creative process [using] front-end webdesign coding languages in order to adapt and optimize comics viewing on different devices [and] make the experience somewhat more pleasant and natural.
in "Digital Comics: Harder, Better, Faster, Stronger?" 21 nov 2016

This has given rise to a lot of newspaper-style comics.
in "Digital Comics: Harder, Better, Faster, Stronger?" 21 nov 2016