Struggling under an industry transformed by the internet.
in "Envelope maker, comic book printer Cenveo files for bankruptcy" 2 fev 2018 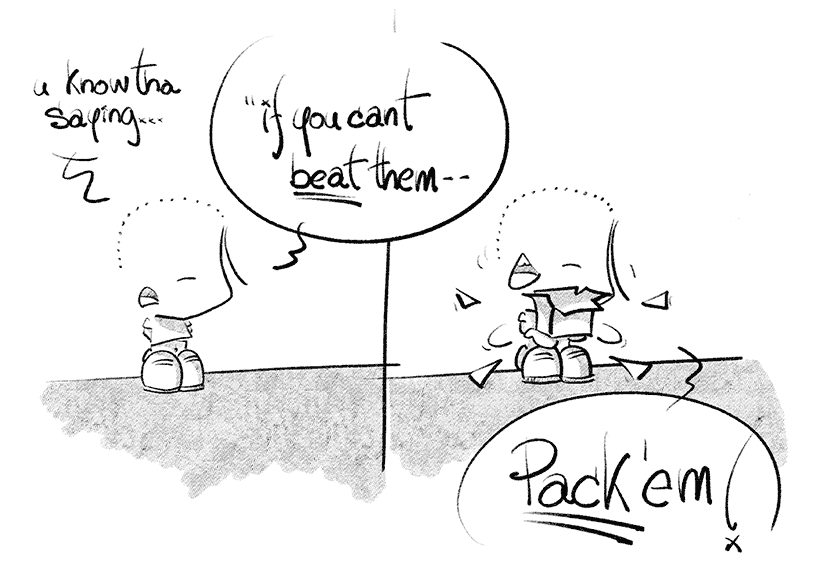 Cenveo is a 100 year-old large envelope and label manufacturer.
This is an old school business selling old school products in the new digital age.
in "Cenveo Inc. = Poster Child for Disruption" 5 fev 2018

The introduction of new e-commerce, digital substitution for products, and other technologies, are transforming the industry. Consumers increasingly use the internet and other electronic media to purchase goods and services, pay bills, and obtain electronic versions of printed materials. Moreover, advertisers increasingly use the internet and other electronic media for targeted campaigns directed at specific consumer segments rather than mail campaigns. As society has become increasingly dependent on digital technology products such as laptops, smartphones, and tablet computers, spending on advertising and magazine circulation has eroded, resulting in an overall decline in the demand for paper products, and in-turn lowering reliance on certain of Cenveo’s print marketing business.

In addition, there is generally a decline in supply of paper products in the industry, such that only a handful of paper mills control the majority of the paper supply.
in "Cenveo Inc. = Poster Child for Disruption" 5 fev 2018

E-mail, annotatable PDFs, digital calendars and paperless billing diminish more than a third of the copy- and writing-paper business in recent years, spurring mill closures and eliminating hundreds of thousands of jobs.
in "Take note: The paper industry is planning a big comeback" 9 set 2015

Continuando a bater no ceguinho:

Cenveo Inc., one of the largest printing businesses in the world, has filed for Chapter 11 bankruptcy reorganization, citing internet challenges that have wrecked its business model.

The company blames its troubles on e-commerce, digital subscriptions and other technologies that are transforming the industry. As advertisers shift to electronic media, envelopes for mail campaigns are in less demand. Lower magazine circulation has depressed printing revenue. In general, Zameli said, there is less need for paper products.
in "Cenveo, facing crushing debt and internet challenges, files for bankruptcy" 14 fev 2018

The problem is the world is passing them by.

Beginning around 2006, the company bet big on postal or "snail" mail, buying 16 envelope manufacturers, printers or label makers, including the $430 million purchase of Cadmus Communications Inc., the world’s biggest printing company serving scientific, technical and medical journals. Envelopes make up 47 percent of Cenveo’s sales, with the rest of its revenue coming from its printing and label-making businesses.
in "The Internet Burns One More Paper-Based Business: the Envelope Maker" 2 fev 2018

We are certainly not trying to break up the digital revolution

Não que a tendência tenha apanhado a indústria do papel de surpresa. Em 2015, por exemplo, "paper and packaging manufacturers have launched a multimillion dollar ad campaign to reaffirm the desire to use paper":

Industry representatives say their target audience is people they call expressives: educated, working people who like paper but aren’t using it as much anymore. This group faces constant nagging about how paper is wasteful and digital products are better for personal productivity, particularly at work, where employers have found that adding a second monitor to workstations decreases paper consumption.
in "Take note: The paper industry is planning a big comeback" 9 set 2015

The big paper companies are already diversifying. Domtar is shifting some paper machines to make pulp fluff. For what? Adult diapers.
in "Take note: The paper industry is planning a big comeback" 9 set 2015

Why is paper – which does its job perfectly well – compelled to keep innovating?
Thumb through the latest issue of the Paper2017 Convention Daily, printed on obscenely large 16in by 11.75in glossy tabloid that serves as an oversized "screw you" to palm-sized devices.

The global demand for printing and writing (P&W) paper has been in steady decline since 2008. These are the papers most of us think of when we think of paper: the uncoated mechanicals, the uncoated freesheets and woodfree, the coated mechanicals and coated woodfree, the coated freesheets – ie, what composes directories, paperback books, newspaper inserts, low-end magazines and catalogues, direct (junk) mail, envelopes, brochures, photo printing, menus, posters, stationery, legal forms, and the iconic 8.5in by 11in office copy paper. They are suffering the combined assault of social media, email, tablets, e-billing, e-readers, laptops, smartphones, online forms, banner ads etc. Worldwide demand for P&W paper fell by 2.6% in 2015, according to RISI. Preliminary data suggests it fell by 2.2% in 2016, and RISI forecasts it will continue to fall by another 1.1% in 2017 and 2018.

But there’s more to paper than printing and writing.

Market trends session No 2 focused on global paper-based packaging and recovered fibre, where the outlook is much brighter. There is talk of an "Amazon effect", paired with a slide showing several boxes within boxes and paper padding used to ship one tiny bottle of vitamins. Big Paper is learning to sustain itself by encasing e-commerce gold. The internet taketh away, and the internet giveth.

You’re seeing more paper in food and drink packaging, too ['cuz of] increasingly negative public attitudes toward plastic packaging. And then there’s tissue. It may not be the first thing we think of when we think of paper, but Big Paper is indeed very much in the business of selling toilet paper, facial tissue, paper towels and "feminine products" – and business is good.

Paper will survive in some form (packaging, toilet paper etc). Meanwhile, as writers fret about the battle between digital and paper, the industry is shifting.
in "American reams: why a ‘paperless world’ still hasn’t happened" 29 Dec 2017

While paper executives know copy and writing paper isn’t likely to become a booming business again they think they can stem the losses by nudging people to remember paper’s good ol’ days.
in "Take note: The paper industry is planning a big comeback" 9 set 2015

The set is cluttered with the detritus of obsolete objects, such as a writing desk with a set of plans, various papers, and two typewriters. The floor is scattered with books, map cases and a globe of the world. Grishkovets periodically opens one or more of the doors behind him to reveal objects that supply visual reinforcements to his scenarios of loss. As well as paper, there are farewells to many other things, such as the traditions and the technologies of a previous age. These include things such as quill pens, pen knives, blotting paper, inkwells, the handwritten letter, letter openers, telegrams, and more.

What becomes obvious is that these previous technologies enforced a need to compose, and a time to reflect. The author is invoking a sense of a deeper nostalgia and regret for the "signs of time past, or of times that are passing". As well as being a meditation on times past and the fears raised by the dizzying turnover of technologies, there is also a key message here about the importance of patience.
in "Farewell to Paper presents an engaging double act on lost things" 19 fev 2018

He describes the act of writing a letter, the licking and sealing of an envelope, the purchase and placing of a stamp, and the journey to the post office or the mail box.

However, while Grishkovets is lamenting the loss of a slower paced existence and demonising the speed of 21st century life, he does it with humour, a light touch, and a willingness to point out the drawbacks associated with previous technologies and practices in a world of paper.
in "Farewell to Paper presents an engaging double act on lost things" 19 fev 2018 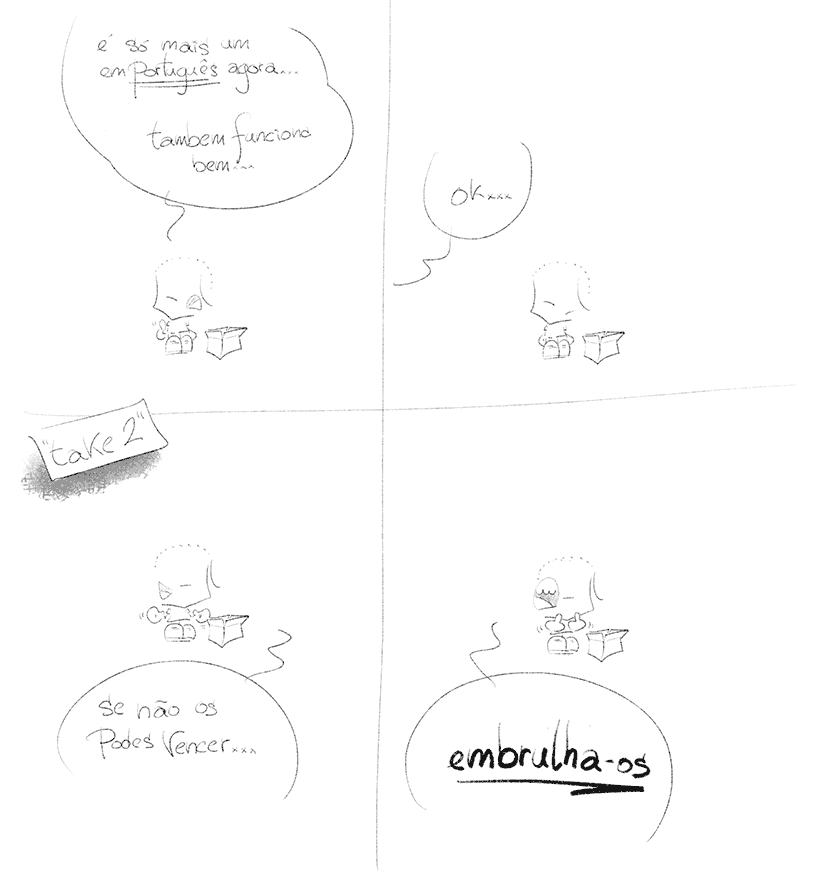