One of my favorite parts of comics culture is the scrounging for back-issues, which often feels like trying to find a lost wedding band in yesterday’s garbage—in a good way. I get a sincere rush from finding wacky crap from comic’s past.
in "01/29/2018" 29 jan 2018 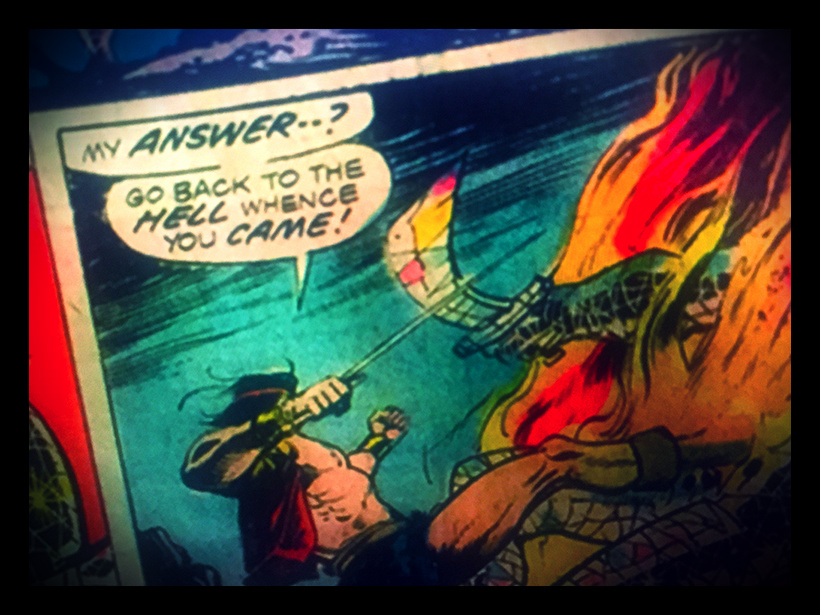 In a recent back-issue find, Kull the Destroyer #19 (1976), there’s this (...) very campy, classic mid-seventies Marvel stuff that the staff at The Comics Journal would have used as toilet paper. To read this comic in any way as to understand the narrative is a fool’s errand, and not worth the time of intelligent, discerning people. Yet! the images will not leave my mind! I find myself returning and going back over.

Old dumb boy adventure comics featuring superheroes, barbarians and flights of action-packed fever-dreams tend to fall into the “Minor Prophets” category of the comics “Bible.” When all the history of comics is laid before us, it’s comics like Kull the Destroyer #19 that tend to get ignored for various reasons; but it’s these very kinds of comics that tend to infest our subconscious and become active images in our memory when least expected.
in "01/29/2018" 29 jan 2018

[Daniel Clowes] will draw things in a certain way, especially in his more recent work, that is very uncomfortable or strange. I know he’s looked at comics by cartoonists who might be considered awkward or almost naive just as a way of making an image that has–as I think of it, personally–hooks that hang in your brain and stay with you.
in "01/29/2018" 29 jan 2018

There was a great deal of contextual work done to set the artifice of Ware’s make-believe ACME Novelty Company (the organization ostensibly ‘behind’ his comics) against what I readily understood to be wildly uncommercial and very personal comics. This was not simple irony to me. This was a comic book that seemed to evoke the very history of printed entertainment, to reveal it, systemically, as first a means of forestalling the signal of human pain, and then as a means of enunciating that pain. A hellish memory palace.
in "Monograph" 30 jan 2018

Ware quotes the artist Chris Lanier on this topic: “I got into comics because in the ’80s and ’90s everything sucked. Movies sucked. TV sucked. Music sucked. The only thing that didn’t suck quite as much were alternative and underground comics, which had a direct and unpretentious connection to something human and real that everything else didn’t.”
in "Monograph" 30 jan 2018