[AI is] producing artificial scenes and sounds that look stunningly close to actual footage of the physical world. Unlike earlier experiments with AI-generated media, these look and sound real.
in "Artificial Intelligence Is Killing the Uncanny Valley and Our Grasp on Reality" 13 dez 2017

Currently there are two ways to produce audio or video that resembles the real world.

Machine learning algorithms now offer a third option, by letting anyone with a modicum of technical knowledge algorithmically remix existing content to generate new material.
in "Artificial Intelligence Is Killing the Uncanny Valley and Our Grasp on Reality" 13 dez 2017

At Adobe, machine learning has been a part of the company’s creative products for well over a decade, but only recently has AI become transformative. Adobe’s artificial intelligence platform, Sensei, [is] infusing machine learning into a variety of groundbreaking video, photo, and audio editing tools.
in "Artificial Intelligence Is Killing the Uncanny Valley and Our Grasp on Reality" 13 dez 2017

I am excited about the possibility of new art forms emerging, which I expect will be coming.

Photoshop is great at manipulating pixels, but what people are trying to do is manipulate the content that is represented by the pixels. That’s a good thing. When artists no longer waste their time wrangling individual dots on a screen, their productivity increases, and perhaps also their ingenuity.
in "Artificial Intelligence Is Killing the Uncanny Valley and Our Grasp on Reality" 13 dez 2017

We will search for new definitions of creativity that extend the umbrella to the output of machines.
in "Artificial Intelligence Is Killing the Uncanny Valley and Our Grasp on Reality" 13 dez 2017

Sensei’s tools let artists work with concepts, rather than the raw material.

"What I like about these technologies is they are democratizing design and style. I’m a technologist—I appreciate beauty and style but can’t produce it worth a damn. So this work makes it available to me. And there’s a joy in making it available to others, so people can play with beauty. Just because we are not gifted on this certain axis doesn’t mean we have to live in a dreary land."
in "Artificial Intelligence Is Killing the Uncanny Valley and Our Grasp on Reality" 13 dez 2017

But this boom will have a dark side, too. Some AI-generated content will be used to deceive, kicking off fears of an avalanche of algorithmic fake news. Old debates about whether an image was doctored will give way to new ones about the pedigree of all kinds of content, including text.
in "Artificial Intelligence Is Killing the Uncanny Valley and Our Grasp on Reality" 13 dez 2017

It was just a matter of time before a motivated engineer tried to automate the process [of] generating convincing news articles.

But it’s not hard to see how this creative explosion could all go very wrong. Some of the dangers of machine learning: at its worst, scammers and political operatives will deploy machine learning algorithms to generate untold volumes of misinformation.
in "Artificial Intelligence Is Killing the Uncanny Valley and Our Grasp on Reality" 13 dez 2017

Fake photos and videos [spreads fast], the verification process is [slow], the best defense, for now, is raising awareness of what machine learning is capable of.
in "Artificial Intelligence Is Killing the Uncanny Valley and Our Grasp on Reality" 13 dez 2017

It’s getting easier for lots of people to interact with each other, either through a company’s platform or through distributed peer-to-peer systems. And to the extent all of these interactions are digitally mediated, they create records. Those records are all really exciting to researchers.
in "Psychologists Want in on Social Media's Big Data Trove" 13 dez 2017

Figuring out how human beings do human things is one of the most exciting things that science -psychology, sociology, economics, anthropology- can do. It’s also one of the hardest. Matt Salganik, a sociologist at Princeton, is trying to solve that hard problem. He wants to know how human beings behave and why, especially in a socially mediated world. To do it, Salganik has become a hardcore data nerd. The digital traces everyone now leaves on servers provide inexhaustible fuel for the science of human behavior, he says.
in "Psychologists Want in on Social Media's Big Data Trove" 13 dez 2017

I converted the book into a series of websites, and anyone could come and read them and annotate them. I was able to collect a tremendous amount of feedback that helped with the book, and I was able to collect a lot of data about how people interacted with the book in the wild.
in "Psychologists Want in on Social Media's Big Data Trove" 13 dez 2017

Differences between data scientists and social scientists / where do those cultures diverge:

What [is] valued in these different communities: for social scientists, it’s often being able to make an empirical statement about some bigger theory. For data scientists, it’s often more to do something neat or interesting or novel with data.
in "Psychologists Want in on Social Media's Big Data Trove" 13 dez 2017

No one wants to be unethical, but the ethics of a lot of analog-era social science research has more or less been settled. Generally there’s agreement on what you can and can’t do.

Our ability to observe millions of people without consent or awareness, and our ability to enroll people in experiments without consent or awareness, these are new things we can do, and I don’t think we as academics have figured out how to use that power responsibly. A big challenge for us in the digital age is to figure out how to take advantage of these opportunities in a way that’s responsible.
in "Psychologists Want in on Social Media's Big Data Trove" 13 dez 2017

There’s a lot of opportunity in general in any kinds of transaction records. Facebook and Twitter, a lot of this is data people are intentionally creating, but there’s a big possibility in data more implicitly created.

- W: Social sciences are dealing with a crisis that’s about data—reproducibility problems and statistical manipulations that call into question some of the field’s key findings.
- MS: I would say the transition from the analog age to the digital age, which is what’s driving a lot of these new sources of data, is also enabling social scientists to have new work practices. It makes it easier for us to share our data and code, and it makes it easier for us to provide access to our research to everyone, not just people who are lucky enough to be at universities with subscriptions to expensive journals. The digital age has the possibility of helping us change and improve our scientific practices in ways that I think people are excited about and starting to embrace.
-W: What, specifically, has changed in that transition to the digital age?
- MS: Now there’s a lot of data being generated as a byproduct of everyday actions. This is "digital trace data" or "digital exhaust." It’s often at a much bigger scale, which creates a lot of interesting research opportunities, but it also comes with some problems. The data often has the goals of the company or government baked into it. This is called "algorithmic confounding."
- W: What does that mean?
- MS: Learning about human behavior from Facebook data is like learning about human behavior by watching people in a casino. A casino is a highly engineered environment designed to encourage some behavior and discourage other behavior. Facebook is similar. When people look at Facebook they think, "Oh, this is people’s natural behavior." And that’s not true at all. The goals of the system designer are not the goals of the researcher in many cases. And then there’s access. Facebook and Twitter have enormous amounts of data that are not available to every researcher. If there’s a situation where some researchers have access and others don’t, this can create concerns about reproducibility, the role some companies play in allowing certain projects to go forward and not others, and the role they could play in encouraging certain types of results. The challenge for all of us is to figure out how this data that could be beneficial to scientists and society in general can be made available in ways that would be safe for the people providing the data and safe for the companies

- W: But this science goes way beyond just social media.
- MS: My kids, who are 8 and 4, are growing up talking to Alexa. They’re going to interact with the world in a different way than I did. Those kind of psychological impacts will take a while for us to be able to observe and understand, but we’re already starting to see major changes in industry and social relations.
in "Psychologists Want in on Social Media's Big Data Trove" 13 dez 2017 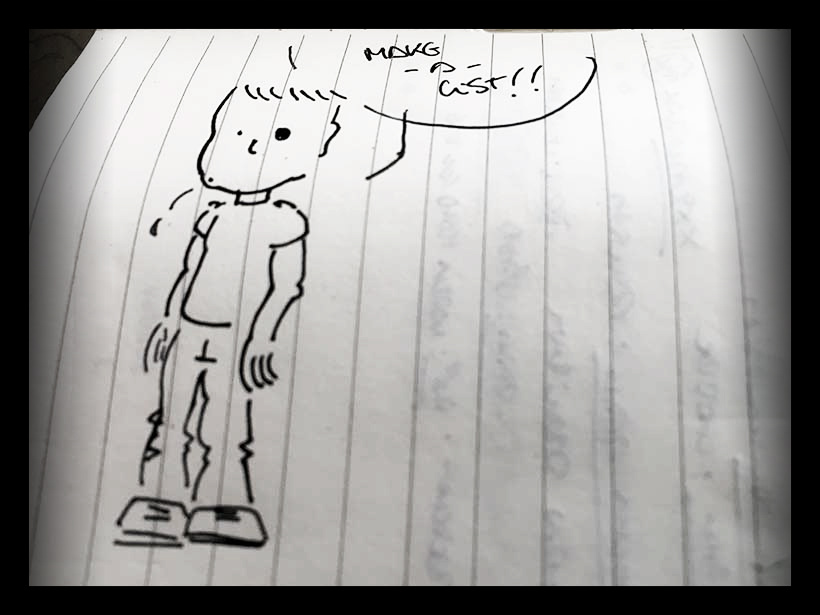