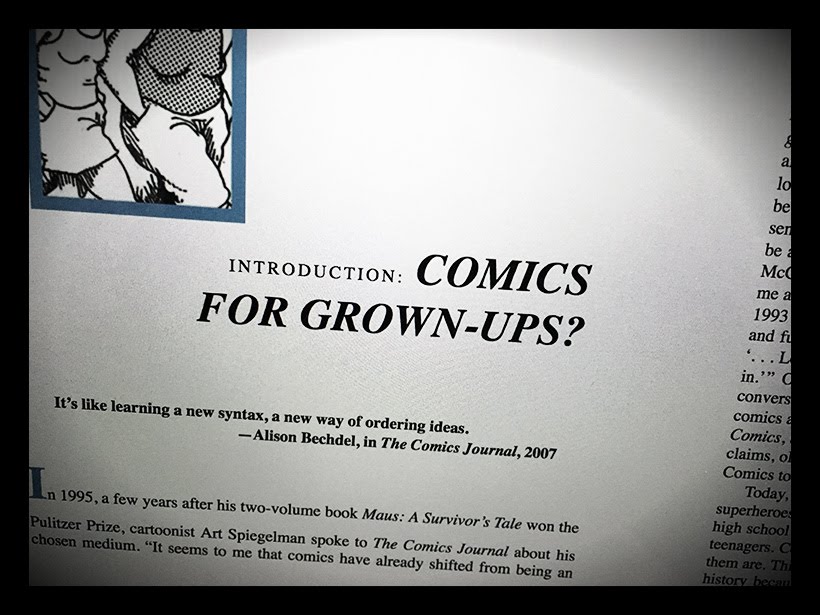 "like learning a new syntax, a new way of ordering ideas": OS POSITIVOS in thesis 2017...

Comics as a sequential medium, which at its heart "is about distillation and condensation."

Chute wedges a great deal into "Why Comics?," including history, content analysis, artist interviews, amusing asides and more than 100 pages of illustrations, [onde] suggests that we’re in a blooming, expanding era of the art - comics are everywhere, on big and little screens, on the page and online.
in "The Hand of the Comic Artist" 11 dez 2017

Her interest in comics primarily as an auteurist enterprise [+] "a significant feature of the very notion of comics for grown-ups is a rejection of the idealization of men in tights (and women in leotards)."
in "The Hand of the Comic Artist" 11 dez 2017

Chute divides her study into the "10 biggest themes in today’s comics and graphic novels," starting with "Why Disaster?" ("the foundational theme of the comics") and moving onto "Why Sex?" and "Why Girls?"
in "The Hand of the Comic Artist" 11 dez 2017

She raises the topic of visual culture more generally in her discussion of how disaster is represented in comics and what she calls "the media spectacle" of Sept. 11, a date that, as she writes, "ushered in a new, intensified global visual culture heavily invested in articulating — and often actually documenting — disaster and violence." Chute doesn’t distinguish among the types of images that make the present what she calls "the most visually amplified era in recent memory," with its "videos, GIFs, digital photographs and myriad visual interfaces online." Yet while many images that flow around us are visually amplified (3D, IMAX) much of this amplification is dedicated to photographic representation. New technologies, in turn, are often focused on the intensification of visual verisimilitude (virtual and augmented reality). We are inundated with the banal (cat videos) and the horrific (atrocity imagery); we are flooded with a nonstop visual stream that I think of as the 24/7 movie. Perhaps, in part, the popularity of comics that Chute rightly celebrates is a reaction to our fatigue with certain aspects of this inundation.
in "The Hand of the Comic Artist" 11 dez 2017

This too is why Chute’s often lovely, sensitive discussions of individual expression in independent comics seem so right and true. Her ideas about the utopian promise of comics — and, by extension, popular culture - can feel overstated when she refers to the "democracy of forms and types of media" at conventions like Comic-Con or in superhero movies. Far more persuasive are her discussions of the artist’s hand. It’s here that Chute finds "the grain of individual experience," locating the touch of the human that reaches and sometimes flies off the page.
in "The Hand of the Comic Artist" 11 dez 2017

"Why Comics?," like its subject, encourages you to fill in the blanks and ask your own questions. 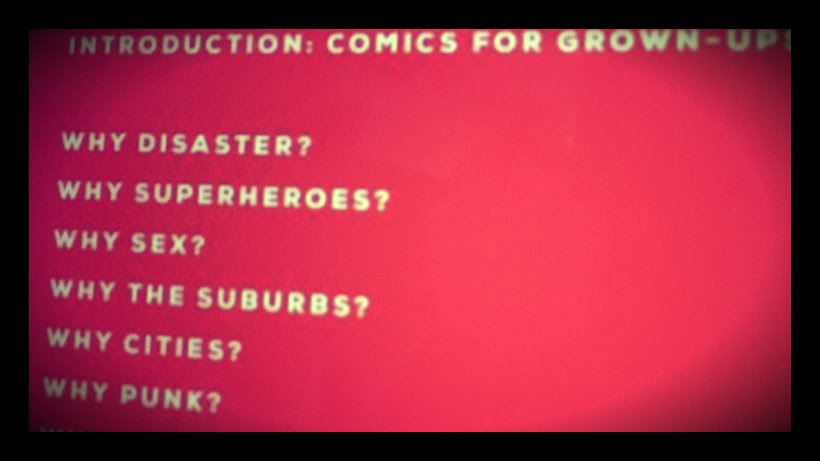 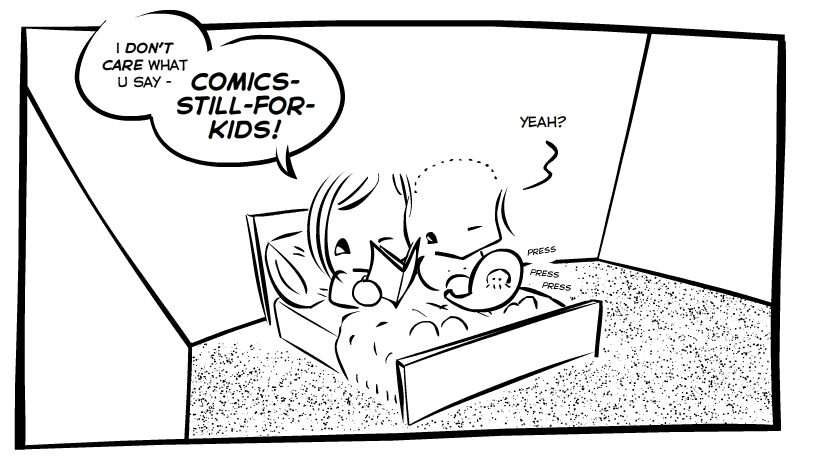 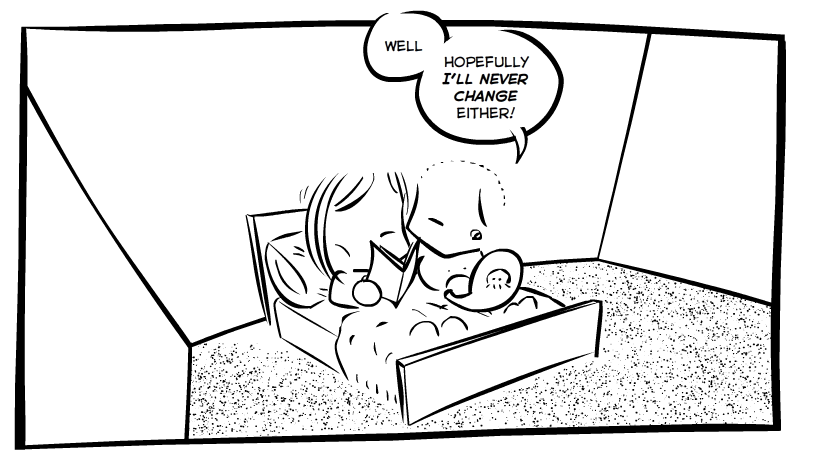