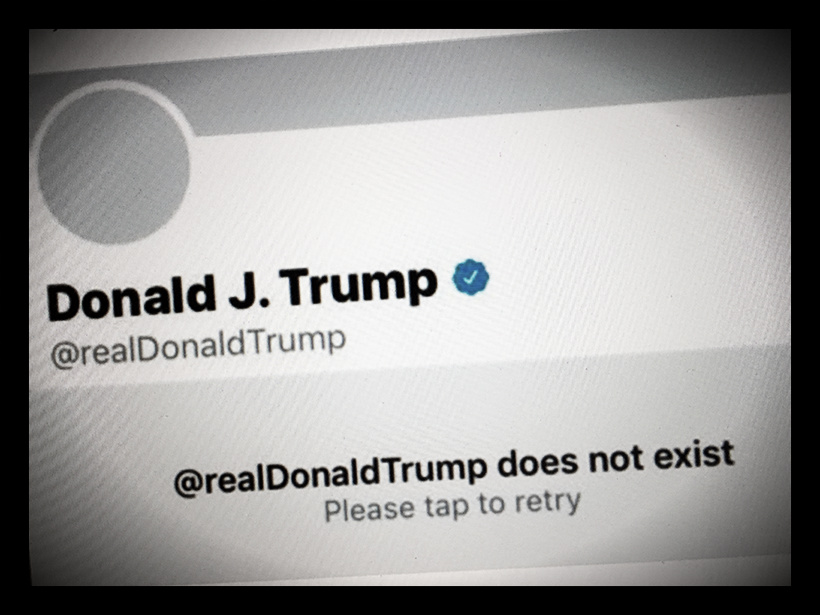 "the real donald trump does not exist"

It soon emerged that the outage was not because the tech company had taken action against the US president for occasionally threatening nuclear war, nor that Trump had accidentally deleted his account; instead, it seems a disgruntled Twitter employee had pulled the stunt on their last day at work.

Twitter was flooded with people wanting to congratulate the employee responsible.
in "Internet salutes Twitter employee who pulled plug on Trump" 3 nov 2017 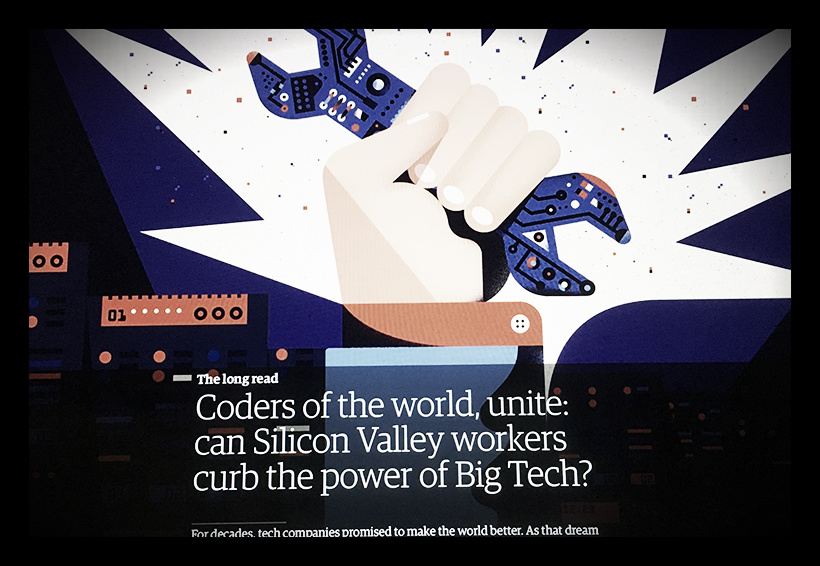 "Responding to everything with ‘we’re an open platform’ is getting tiring," one colleague commented.

A new set of intuitions is emerging among tech workers. They recognise that digital platforms have become inextricably entangled in the political process. It is not just that bad actors have hijacked digital platforms and used them to bad ends. It is that the platforms themselves are inherently political – and their politics need to change — they want to turn inward and change the politics of technology itself.

The usual methods that the public has used to exert pressure on large companies will not work in the case of platforms like Google or Facebook. First, boycotts are unlikely to be effective. Many big tech companies are near-monopolies. Facebook is fun because everyone you know is on Facebook. The Google algorithm works well because everyone uses it to Google things. If Amazon has put all your local stores out of business, it is not so easy to take your business elsewhere. A growing number of gig-economy jobs rely on apps built on top of these platforms. Social media networks are used for background checks on everything from job applications to renting a place to stay. They have become part of the infrastructure of everyday life – like electricity or running water.

The social costs of leaving would be too high. Shareholder revolts would be tricky to pull off, too, even if shareholders were interested in revolting. Many tech companies have a corporate structure that gives their founders an extraordinary amount of control. "That really just leaves the employees".

Their insight is as compelling as it is counterintuitive: the best people to confront the power of the tech giants may be their own employees. First, they want to teach their colleagues to see that tech work is work, even though it doesn’t take place in a factory. Then, they want to organise them, so that rank-and-file workers can begin to bring political transparency and democratic accountability to the platforms they have worked to build.

The Tech Left believes it must urgently transform the industry in order to stop it from serving nefarious ends. It does not believe that more engagement with digital tools necessarily means more democracy, or that the tech industry will necessarily lead the way to social progress. It is sceptical that people who became billionaires under the current system will transform that system. Instead of venture capital, the Tech Left talks about worker power, believing that the best chance to reform these companies will come from people who work there.
in "Coders of the world, unite: can Silicon Valley workers curb the power of Big Tech?" 31 out 2017

Engineers should establish codes of conduct, like doctors or librarians

What would that alternative look like? First, it would entail acknowledging that platforms are political. Banal engineering decisions have political consequences. Using upvotes or downvotes instead of likes, for instance, can silence marginalised voices on a platform. Whether or not the engineer working on a messenger app encrypts messages sent through that app will affect how easily the state can use it to spy on critics. The same goes for decisions about how long to store user data.
in "Coders of the world, unite: can Silicon Valley workers curb the power of Big Tech?" 31 out 2017

Labour organising took off in the US during our last Gilded Age, when – as now – extraordinary amounts of wealth became concentrated in a few hands. Back in the late 19th century, that wealth was generated by industrialisation and transportation networks; today, it comes from digitisation and communication networks. What was at stake then is at stake now, too: the possibility of collectively shaping the world we must live in together.
in "Coders of the world, unite: can Silicon Valley workers curb the power of Big Tech?" 31 out 2017

For every engineer who gets hired, three to four more lower-wage jobs get created. Large tech campuses separate their white-collar workers from the blue-collar workers who cook and serve their food, clean their floors and stand guard outside their doors; the latter are usually brought in by independent contractors. But they are all part of the same industry.
in "Coders of the world, unite: can Silicon Valley workers curb the power of Big Tech?" 31 out 2017

Many aspects of life in Silicon Valley, from casual dress codes to horizontal management structures, are designed to discourage white-collar employees from seeing themselves as workers. Tech campuses offer the conveniences, and atmosphere, of a privileged childhood: cafeterias and cleaning services and gym classes; candy dispensers and dinosaur sculptures and even indoor jungle gyms. These perks encourage employees to spend more and more of their time at work, or even to erase the boundaries between life and work altogether. They also encourage people to think of themselves as potential founders or venture capitalists investing in their futures, rather than workers performing tasks in order to draw a wage.
in "Coders of the world, unite: can Silicon Valley workers curb the power of Big Tech?" 31 out 2017

Engineers are not immune to the forces of capitalism. More and more engineers, even at big companies like Facebook, work on temporary contracts, without benefits. Employees often work for equity that turns out to be worthless. The downward pressures that are driving more and more millennials to identify as "working class" affect graduates with degrees in science and technology, too.
in "Coders of the world, unite: can Silicon Valley workers curb the power of Big Tech?" 31 out 2017

The immense wealth the tech industry has generated in the past decade is based on the ability of software to scale rapidly: digital storage is cheap, and cloud computing makes it possible to run web apps at low cost, the tech giants therefore can aim to attract limitless numbers of users while relying on relatively few direct employees. This kind of scale means these companies can make extraordinarily high profits. But it also means the core workers they rely on have an extraordinary amount of bargaining power. It would not take very many engineers walking off the job to shut the Google search engine down.
Software engineering remains difficult to outsource. It is time-consuming to hire engineers and to train them to use internal company tools. They are relatively few in number and critical to the operations of algorithms that, in some cases, serve millions of users every day: the structure of the tech industry gives them special bargaining power.
in "Coders of the world, unite: can Silicon Valley workers curb the power of Big Tech?" 31 out 2017

The idea that computer networks are inherently democratic and democratising has deep roots in the counterculture that emerged in the San Francisco Bay Area in the 1960s.

"As with most successful ideologies, the Californian Ideology did not look political. Despite its internal contradictions, for decades, it remained invisible and intuitive: a form of common sense."

"[Big tech] convinced politicians to privatise public goods – starting with the internet itself. In the 1990s, a network created largely by government researchers and public money was delivered into private hands and protected from regulation. Built on this enclosed ground, a company like Facebook could turn formerly non-economic activities – chatting with a friend, or showing her a picture of your kid or crush – into a source of seemingly endless profit." 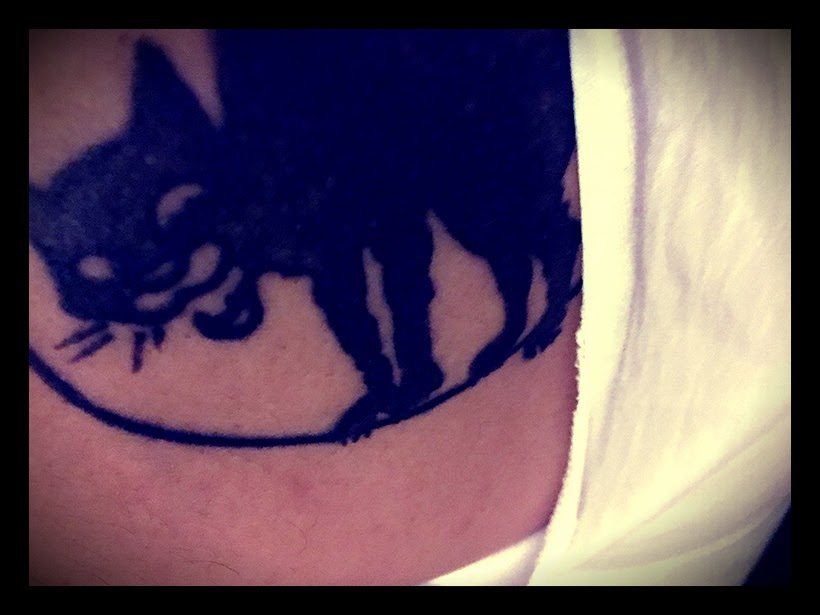