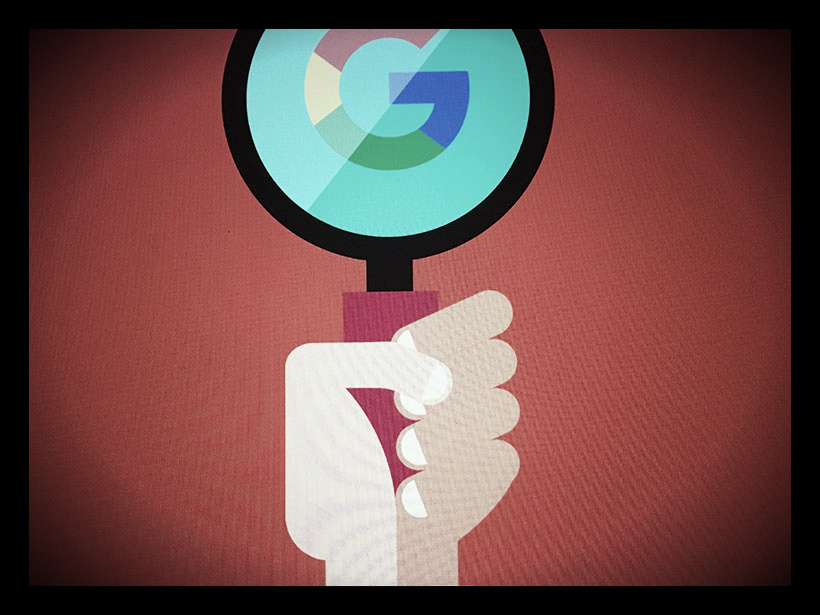 People with pitchforks will eventually come after them, even if they are using their smartphone to find out where the protest is."
in "Forget Wall Street – Silicon Valley is the new political power in Washington" 3 set 2017

Barry Lynn, a senior fellow at Washington thinktank the New America Foundation who ran New America’s Open Markets Initiative posted a brief note applauding the European Union decision to fine Google a record €2.42bn ($2.7bn) for breaching antitrust rules and abusing its market dominance and calling on US regulators "to build upon this important precedent". After the New York Times published emails that suggested Google was unhappy with his research, Lynn post effectively ended his 15-year career at New America.
in "Scholar says Google criticism cost him job" 31 ago 2017

We are in the process of trying to expand our relationship with Google on some absolutely key points … just think about how you are imperiling funding for others.

Slaughter told Lynn that "the time has come for Open Markets and New America to part ways". The decision was "in no way based on the content of your work" although she accused Lynn of "imperiling the institution as a whole". She said: "For the past two months, we have been working with Barry Lynn to spin out Open Markets as an independent program. His repeated refusal to adhere to New America’s standards of openness and institutional collegiality meant that we could no longer work together as part of the same institution. New America holds itself to high standards of transparency, diversity, and independence. We are proud of the work we do and the values we uphold."

Google responded on Wednesday, saying in a statement: "We support hundreds of organizations that promote a free and open internet, greater access to information, and increased opportunity. We don’t agree with every group 100% of the time, and while we sometimes respectfully disagree, we respect each group’s independence, personnel decisions, and policy perspectives."
in "Google-funded thinktank fired scholar over criticism of tech firm" 30 ago 2017

Overweening power. Academics fill an intellectual gap that regulators often don’t have time to fill themselves. They supply the knowledge that politicians either don’t possess, or have no time to ponder. Whether it’s because the whole system is increasingly marketised and reliant on corporate funding, or just that big corporates have switched on to this as a way to pursue their agenda, the pressure on experts to alter their testimony to serve the interests of business is only going to increase. If you control the research that happens, you change the entire tack of the conversation. Furthermore, you change the perception of reality itself. If the academics arguing that modern platform monopolies cause damage to the competitive landscape are drowned out by hundreds more funded by technology firms arguing that everything is fine, they look like a lunatic fringe no matter how strong their arguments.
in "The Guardian view on Google: overweening power" 1 set 2017

When they want to kill somebody, they kill them.

The Silicon Valley billionaires and CEOs are libertarian, low-tax deregulation buddies of the Koch brothers when it comes to talking to Republicans, and dope-smoking, gay rights activist hipsters when they mix with the Democrats. Their main areas of concern include the threat of looming action over anti-competitive practices, anything that might lead to higher taxation, net neutrality and privacy. There is a public relations effort to make people think of technology very differently than they do Wall Street. That’s how they maintain the illusion that they are cutting-edge nerds who are toiling for the good of humanity. The reality is these companies are run by some of the most hard-nosed business people in America.
in "Forget Wall Street – Silicon Valley is the new political power in Washington" 3 set 2017

Beyond the direct lobbying spend, which is publicly reported, Silicon Valley exerts influence on policymakers and citizens through opaque "soft power" techniques. These include funding thinktanks, research bodies and trade associations who lobby the government or influence civil society. All of these thinktanks push out white papers about how regulations would kill the online marketplace.
in "Forget Wall Street – Silicon Valley is the new political power in Washington" 3 set 2017

The companies might have socially liberal views on gay rights, diversity and immigration, but many of their leaders and investors are libertarians and highly-skeptical of the influence of the state and government. "Their theory is that democracy is an impedance to capitalism so they need as little regulation as possible"

With a hands-off government, a new form of digital capitalism was born, enabling the rise of "winner takes all" businesses, which dominate entire continents within the digital economy: As they made more money, they could invest in more proprietary infrastructure such as data centers, collect more customer data, hone their algorithms and buy up or clone competitors. This in turn gave them more scale and competitive advantage to the point where nobody else could keep up.
in "Forget Wall Street – Silicon Valley is the new political power in Washington" 3 set 2017

From the 1960s, the Advanced Research Projects Agency (Arpa, now Darpa) funnelled funds into long-term research and development of breakthrough technologies relied on by the tech giants. Each of the core technologies in the iPhone – including GPS, cellular communications, the internet, microchips, Siri and touchscreens – came from research efforts and funding support by the US government and military. The myth of the internet is always that it was invented by plucky entrepreneurs, but for decades it was entirely the creation of the federal government.

The government also played a key role in breaking up monopolies in the tech industry with three seminal antitrust cases. When IBM was dominating mainframe computing in the 1970s, for example, the government sued to try to separate the hardware and software parts of its business. This gave way to Microsoft, which eventually faced its own antitrust case, which created room for Google.
in "Forget Wall Street – Silicon Valley is the new political power in Washington" 3 set 2017

The tide is turning in the court of public opinion, with a heightened public awareness of problems like the spread of fake news, the exploitation of personal data, and the link between automation, job losses and tax avoidance. "The immense amount of economic and political power these companies have will be increasingly difficult to sell at a time of economic stagnation and increased inequality. As we see AI and robots replace jobs, enthusiasm for the new world will lessen."
in "Forget Wall Street – Silicon Valley is the new political power in Washington" 3 set 2017