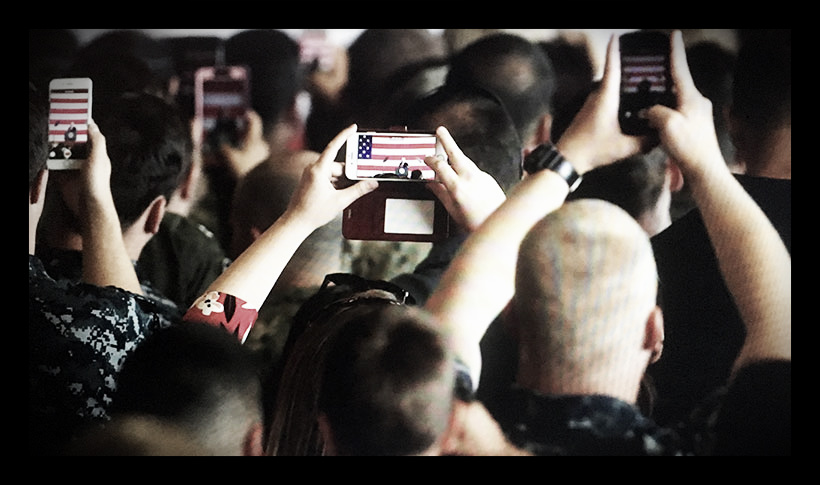 " the militarization of society"

From exile, I witness how our country became a laboratory for the shock-therapy treatments of the Chicago boys, a group of economists mentored by Milton Friedman who were eager to apply the economic strategies of a brutal laissez-fare capitalism

More than four decades have since passed and only now, eerily enough in this Trumpian moment, is the text of How To Read Donald Duck finally being published in the land of Disney. Our scorched book has snuck into the United States at the very moment when its citizens, animated by the sort of nativism and xenophobia I remember from my own Chile when General Pinochet reigned, have elected to the presidency another Donald -- albeit one more akin to Uncle Scrooge McDuck than his once well-known nephew. It intrigues me that our ideas, forged in the heat and hope of the Chilean revolution, have finally arrived here just as some Americans are picking up torches like the ones that once consumed our book, while millions of others are asking themselves about the conditions that put Donald Trump in the Oval Office where he could fan the flames of hatred. I wonder whether there’s anything those who are now my fellow citizens could learn from our ancient assessment of this country’s deep ideology. Can we today read a second Donald into How to Read Donald Duck?
in "Ariel Dorfman, A Tale of Two Donalds" 14 set 2017

Perhaps more crucial today is the cardinal, still largely unexamined, all-American sin at the heart of those Disney comics: a belief in an essential American innocence, in the utter exceptionality, the ethical singularity and manifest destiny of the United States. Back then, this meant (as it still largely does today) the inability of the country Walt was exporting in such a pristine state to recognize its own history. Bring to an end the erasure of, and recurring amnesia about, its past transgressions and violence and the immaculate Disney worldview crumbles, opening space for quite another country to makean appearance.
in "Ariel Dorfman, A Tale of Two Donalds" 14 set 2017

It is that joy in liberation, that alegría, that spirit of resistance that I would love to share with Americans now it finally finds its way into the very land that invented both Donald Duck and Donald Trump.

There is, however, an aspect of How to Read Donald Duck that might offer a contribution of another sort.

What stirs me as I reread that document of ours today is its tone -- the insolence, outrage, and humor that flow through every page. It’s a book that makes fun of itself even as it mocks Donald, his nephews, and his pals. It pushes the envelope of language and, behind its language, I can still hear the chants of a pueblo on the march. It brings back to me the imaginative enormity that every true demand for radical change insists upon. It catches a missing feeling of our age: the belief that alternative worlds are possible, that they are within reach if we’re courageous enough, and smart enough, and daring enough to take control of our own lives. Para Leer Al Pato Donald was and still is a celebration of such imaginative joy that was its own best reward and that could never be turned into ashes.
in "Ariel Dorfman, A Tale of Two Donalds" 14 set 2017