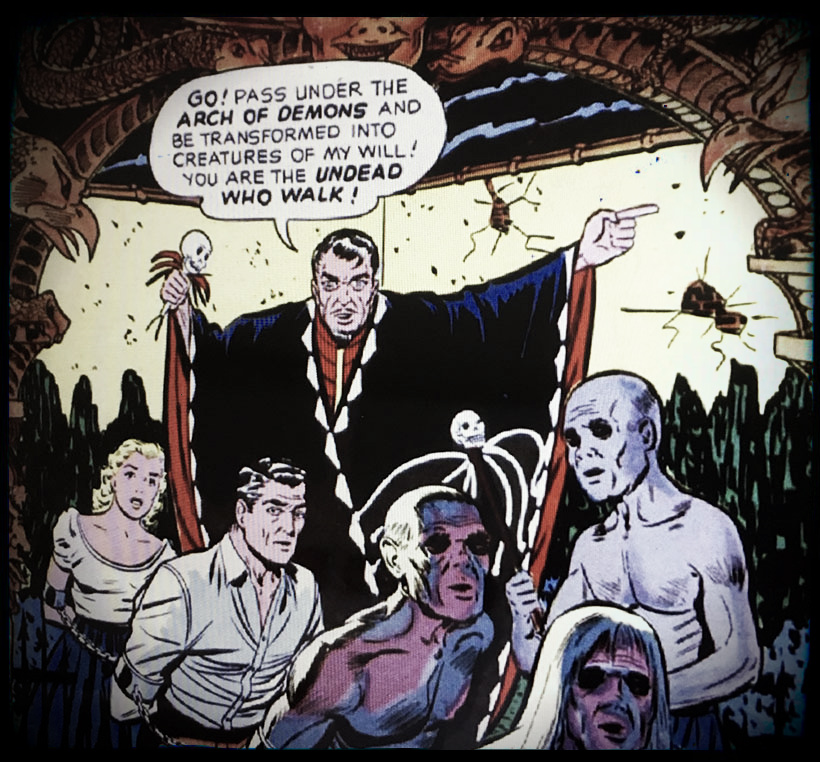 "the (A)rch"
"Left-wing" Twitter can often be a miserable, dispiriting zone.

Many of these developments have cultural and political roots that predate the Internet.
in "Twitter and Tear Gas: How Social Media Changed Protest Forever" 22 maio 2017

Class consciousness is fragile and fleeting. The petit bourgeoisie which dominates the academy and the culture industry has all kinds of subtle deflections and pre-emptions which prevent the topic even coming up, and then, if it does come up, they make one think it is a terrible impertinence, a breach of etiquette, to raise it.

It is necessary to identify the features of the discourses and the desires which have led us to this grim and demoralising pass, where class has disappeared, but moralism is everywhere, where solidarity is impossible, but guilt and fear are omnipresent – and not because we are terrorised by the right, but because we have allowed bourgeois modes of subjectivity to contaminate our movement.

Why have these configurations come to the fore? The first reason is that they have been allowed to prosper by capital because they serve its interests. Capital [cares] about a ‘left’ that replaces class politics with a moralising individualism, and that, far from building solidarity, spreads fear and insecurity. The second reason is communicative capitalism. It might have been possible to ignore the Vampires’ Castle and the neo-anarchists if it weren’t for capitalist cyberspace. The VC’s pious moralising has been a feature of a certain ‘left’ for many years – but, if one wasn’t a member of this particular church, its sermons could be avoided. Social media means that this is no longer the case, and there is little protection from the psychic pathologies propagated by these discourses.
in "Exiting the Vampire Castle" 22 nov 2013

The problem that the Vampires’ Castle was set up to solve is this: how do you hold immense wealth and power while also appearing as a victim, marginal and oppositional?

The Vampires’ Castle specialises in propagating guilt. It is driven by a priest’s desire to excommunicate and condemn, an academic-pedant’s desire to be the first to be seen to spot a mistake, and a hipster’s desire to be one of the in-crowd.

The Vampires’ Castle is best understood as a bourgeois-liberal perversion and appropriation of the energy of these movements — the struggles against racism, sexism, heterosexism. The Vampires’ Castle was born the moment when the struggle not to be defined by identitarian categories became the quest to have ‘identities’ recognised by a bourgeois big Other. Rather than seeking a world in which everyone achieves freedom from identitarian classification, the Vampires’ Castle seeks to corral people back into identi-camps, where they are forever defined in the terms set by dominant power, crippled by self-consciousness and isolated by a logic of solipsism which insists that we cannot understand one another unless we belong to the same identity group.

The sheer mention of class is now automatically treated as if that means one is trying to downgrade the importance of race and gender. In fact, the exact opposite is the case, as the Vampires’ Castle uses an ultimately liberal understanding of race and gender to obfuscate class. The task, as ever, remains the articulation of class, gender and race – but the founding move of the Vampires’ Castle is the dis-articulation of class from other categories.

The Vampires’ Castle feeds on the energy and anxieties and vulnerabilities of young students, but most of all it lives by converting the suffering of particular groups – the more ‘marginal’ the better – into academic capital. The most lauded figures in the Vampires’ Castle are those who have spotted a new market in suffering – those who can find a group more oppressed and subjugated than any previously exploited will find themselves promoted through the ranks very quickly.
in "Exiting the Vampire Castle" 22 nov 2013

By neo-anarchists I mean those who identify as anarchists but whose involvement in politics extends little beyond student protests and occupations, and commenting on Twitter. They are also overwhelmingly young: in their twenties or at most their early thirties, and what informs the neo-anarchist position is a narrow historical horizon. Neo-anarchists have experienced nothing but capitalist realism.

It’s not surprising, then, that so many neo-anarchists come across as depressed. This depression is no doubt reinforced by the anxieties of postgraduate life, since, like the Vampires’ Castle, neo-anarchism has its natural home in universities, and is usually propagated by those studying for postgraduate qualifications, or those who have recently graduated from such study.
in "Exiting the Vampire Castle" 22 nov 2013

Our struggle must be towards the construction of a new and surprising world, not the preservation of identities shaped and distorted by capital.

First of all, it is imperative to reject identitarianism, and to recognise that there are no identities, only desires, interests and identifications. Instead of freezing people into chains of already-existing equivalences, the point was to treat any articulation as provisional and plastic. New articulations can always be created. No-one is essentially anything. Sadly, the right act on this insight more effectively than the left does. The bourgeois-identitarian left knows how to propagate guilt and conduct a witch hunt, but it doesn’t know how to make converts. But that, after all, is not the point. The aim is not to popularise a leftist position, or to win people over to it, but to remain in a position of elite superiority. But the rejection of identitarianism can only be achieved by the re-assertion of class. Class consciousness is always double: it involves a simultaneous knowledge of the way in which class frames and shapes all experience, and a knowledge of the particular position that we occupy in the class structure. It must be remembered that the aim of our struggle is not recognition by the bourgeoisie, nor even the destruction of the bourgeoisie itself. It is the class structure – a structure that wounds everyone, even those who materially profit from it – that must be destroyed.
in "Exiting the Vampire Castle" 22 nov 2013

We need to learn, or re-learn, how to build comradeship and solidarity instead of doing capital’s work for it by condemning and abusing each other. This doesn’t mean, of course, that we must always agree – on the contrary, we must create conditions where disagreement can take place without fear of exclusion and excommunication. We need to think very strategically about how to use social media – always remembering that, despite the egalitarianism claimed for social media by capital’s libidinal engineers, that this is currently an enemy territory, dedicated to the reproduction of capital. But this doesn’t mean that we can’t occupy the terrain and start to use it for the purposes of producing class consciousness.
in "Exiting the Vampire Castle" 22 nov 2013