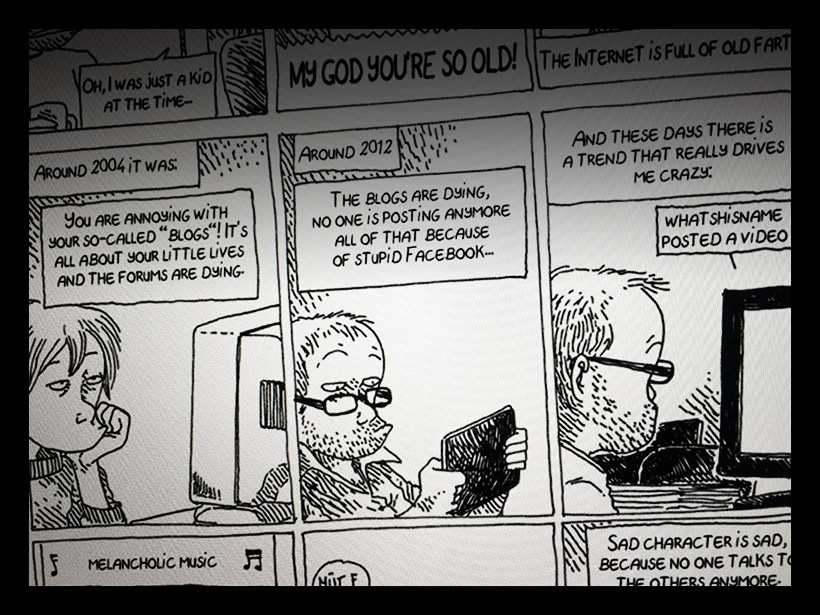 Google, Facebook, Twitter, Amazon. These brand names have come to define our lives in ways that have crept up on us so that now we can’t imagine being without them. But has their influence grown too large? For all the futuristic idealism that marked their beginning, have they turned into rampant capitalist monopolies that are indifferent to the damage they wreak, and contemptuous of the governments whose taxes they avoid?
in "The great digital-age swindle… and the man fighting back" 21 maio 2017

I thought of it as a culture war but once I came to look into it I realised that it was really an economic war.
in "The great digital-age swindle… and the man fighting back" 21 maio 2017

When Zuckerberg succumbed to pressure from Fox News and Breitbart, it swung the election Trump’s way. "Literally the next day, the fake news business took off."
in "The great digital-age swindle… and the man fighting back" 21 maio 2017

"I call those people techno determinists"

Facebook had set itself up as a neutral platform that did not discriminate between good and bad or true and false. It was not responsible for content. It didn’t produce it. Similarly, Google didn’t produce content either. These two vast media giants had come to prominence under the principle that "information wants to be free".

That was the future, and one trumpeted by an unholy alliance of compliant politicians, gullible futurologists, naive old media desperate to get with the new, hackers, pirates, libertarians, internet anarchists, and consumers who just liked free stuff.

But of course there is no such thing as free information. Someone has to pay for it. And with the free information that they were using from elsewhere, these twin behemoths built themselves into the biggest advertising sales companies the world has ever seen.
in "The great digital-age swindle… and the man fighting back" 21 maio 2017

"These companies are what economists call natural monopolies. There’s no point in you and I forming a new search engine in competition with Google. We’d blow all our money and then go away. The same with Facebook. These companies are not going to get replaced."

But there is nothing inevitable about it. The tech giants have benefited from legislation that protects them from the scrutiny and responsibility to which their old media competitors must conform. We, and more importantly our governments, have bought into the idea that new media is different. It can’t be contained and regulated, and any attempt to do so is derided as "censorship". But as a consequence these companies have become vast monopolies that dominate to the exclusion of everyone else. He hopes that the European Commissioner for Competition is less beholden to the tech giants than the American antitrust authorities, which he feels have rolled over and allowed them to do what they want. What’s critical now, he says, is that they’re not allowed to get any bigger.
in "The great digital-age swindle… and the man fighting back" 21 maio 2017

Still, it doesn’t matter how clear and sharp the diagnosis of the situation is, the fact remains that consumers benefit. There will be people who will walk to their local bookshop and order a book that will arrive a couple of days later, for more money, and which they have to collect, but they are in the minority. There are people who will prefer a much more expensive black cab driven by a knowledgable driver, but again there is a reason why Uber is such a resounding success: it’s cheaper.
in "The great digital-age swindle… and the man fighting back" 21 maio 2017

So the question is: when does the resistance begin?

Consumers, however, are also employees. There will be significantly fewer employees in the future, as they’re replaced by robots with artificial intelligence. Will consumers only begin to recognise the truth of their condition when they start losing their jobs?
in "The great digital-age swindle… and the man fighting back" 21 maio 2017

But the fun thing is I’m almost 70. There’s nothing really they can do to me." He breaks into a big smile and adds without exaggeration: "I don’t mind playing the role of muckraker."
in "The great digital-age swindle… and the man fighting back" 21 maio 2017

Ramesh Srinivasan, "a researcher focused on the relationship between technology, politics, and society", do qual se cita o seu primeiro livro: "Whose Global Village? Rethinking How Technology Impacts Our World", no qual "proposes a deconstruction of Western tech company narratives."

We are at a moment that some of the Silicon Valley companies are feeling the pressure.

The governments need to encourage these companies and convince them that they can be extremely profitable without necessarily spiraling out of control. Without becoming monopolist. But we are getting close to the point where as every platform of tech that has any level of scale gets bought by either Google or Facebook or sometimes Microsoft. We are getting to the point where we see some oligopoly in terms of behavior online, and that it's really problematic because the oligopolies are completely non transparent, they are terrible in terms of labor and economic equality and they support systems of surveillance. It can create a world where we are all placed in bubbles, where the systems themselves can be manipulated by people who don't have our best interests in mind.
in "Facebook's not designed to create a 'global community'" 28 maio 2017

In its early days the Internet seem to be a counter cultural space and an anti corporate space, now is the place for corporate economic production. What the internet is now isn't what it used to be and it doesn't have to be what it turns into. Those systems are created in such way that support the capturing of data, keeping of data, buying and selling the data to support what we call corporate surveillance.
in "Facebook's not designed to create a 'global community'" 28 maio 2017

The main conceptual changes that the World Wide Web has faced since the 1990's? It was a more decentralized structure before

It was horizontal, decentralized. It was like being in Wild West, the frontier. There is a reason why Electronic Frontier Foundation is called that way. It was supposed to be this open place where all sorts of crazy stuff could happen, like unpredictable, uncontrolled space, that really supported autonomy and privacy, but still worked because people had an idea of social contract. You could kind of be free and expressive but you already knew when you joined the internet, you knew that you should not be a troll. So what happened? Part of it is the internet scaled to such a degree so the kind of idea of a social contract or a community became increasingly difficult to maintain. Part of it is that platforms took over the open internet. You began to experience the internet through platforms that were themselves controlled by specific companies, technical instruments of those companies, like search and retrieval and ordering and classification.
in "Facebook's not designed to create a 'global community'" 28 maio 2017

So it's not global, it's like Disneyland: a small worldview of the larger world.

"Global village" was a term that was stated by Marshall McLuhan; his prediction was some kind of electronic communication technology would emerge to instantaneously connect the world so much so that the whole globe would be like a village. The question isn't about global village but whose global village. The point I'm trying to make is if these networks of communication technologies are owned, monetized, surveilled, and classified by those with power—very few people, then it is a global village build upon the ideas, visions, words, and protocols of the few.
in "Facebook's not designed to create a 'global community'" 28 maio 2017

Dito isso, "it doesn't have to be what it turns into". Voltando à utilidade da web quando esta é distríbuida -

The possibility of building better technology to serve humanity. A lot of us as engineers have this belief that if you build a tool you somehow can empower humans economically or socially.

Technology is nothing but an expression of human values. It's not neutral, it's not about efficiency, it's about people's values and their knowledge. If you share information widely, but you present that information in ways that fits your own view, you're actually still misrepresenting. So instead what you should do is figure out ways to build systems that allow people to experience and classify their information in ways that are meaningful for them.
in "Facebook's not designed to create a 'global community'" 28 maio 2017

how folks strike back