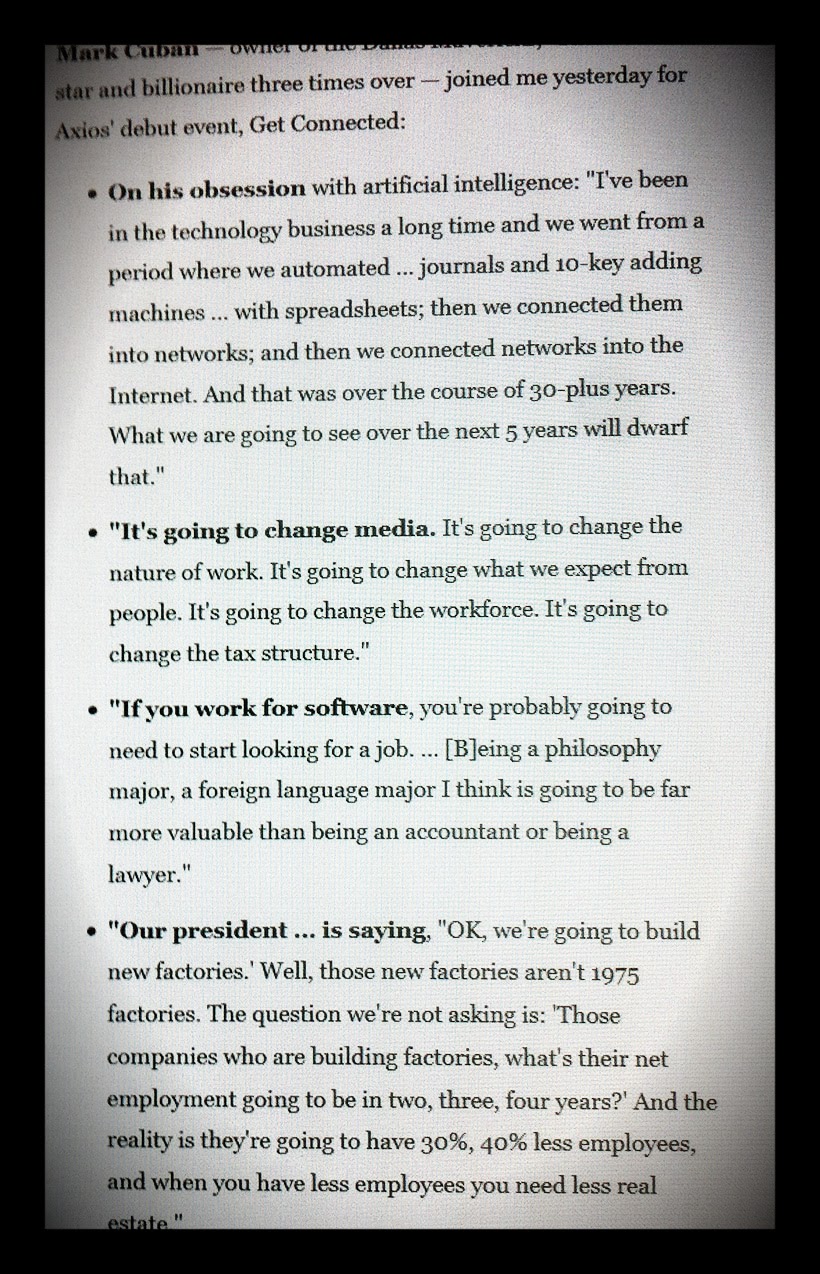 On his obsession with artificial intelligence: "I've been in the technology business a long time and we went from a period where we automated ... journals and 10-key adding machines ... with spreadsheets; then we connected them into networks; and then we connected networks into the Internet. And that was over the course of 30-plus years. What we are going to see over the next 5 years will dwarf that."

"If you work for software, you're probably going to need to start looking for a job. ... [B]eing a philosophy major, a foreign language major I think is going to be far more valuable than being an accountant or being a lawyer."

"Our president ... is saying, "OK, we're going to build new factories.' Well, those new factories aren't 1975 factories. The question we're not asking is: 'Those companies who are building factories, what's their net employment going to be in two, three, four years?' And the reality is they're going to have 30%, 40% less employees, and when you have less employees you need less real estate."
in Axios

It's going to change the tax structure.
in Axios