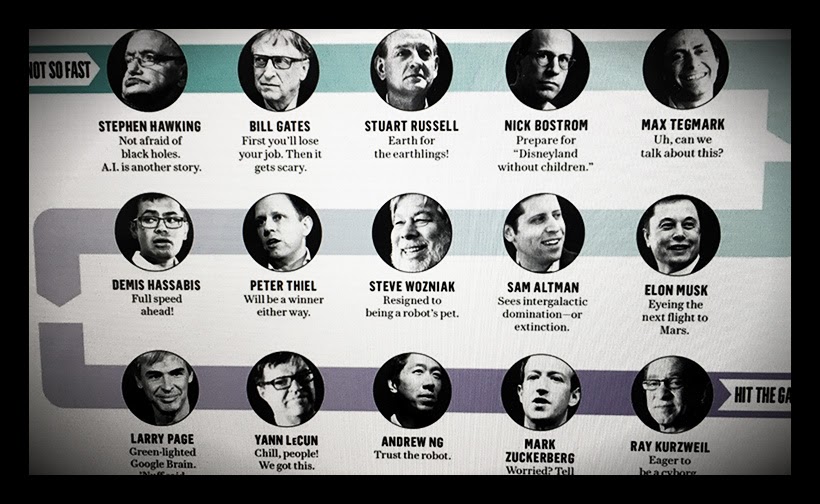 Professor Zuboff has been called "the true prophet of the information age".

The research demonstrated the tripartite nature of the relationship between information technology and work:

Information as a challenge to authority.
High levels of information technology can pave the way for more fluid, social, distributed, and less hierarchical work arrangements.

Zuboff's Laws. In the context of her research about the implications of information technology she stated three laws:

By the mid-nineties Zuboff had begun to question the vision of the progressive corporation...: she began to explore new ways that the technology’s informating power might find its full expression and began a decade-long intellectual journey from which she concluded that today's business models based on the frameworks of concentration and control associated with twentieth century "managerial capitalism" had reached the limits of their adaptive range.
in "The Secrets of Surveillance Capitalism" 5 mar 2016

"Most Americans realize that there are two groups of people who are monitored regularly as they move about the country. The first group is monitored involuntarily by a court order requiring that a tracking device be attached to their ankle. The second group includes everyone else…" Some will think that this statement is certainly true. Others will worry that it could become true. Perhaps some think it’s ridiculous. It’s not a quote from a dystopian novel, a Silicon Valley executive, or even an NSA official. These are the words of an auto insurance industry consultant intended as a defense of "automotive telematics" and the astonishingly intrusive surveillance capabilities of the allegedly benign systems that are already in use or under development.
in "The Secrets of Surveillance Capitalism" 5 mar 2016

"The goal of everything we do is to change people’s actual behavior at scale. When people use our app, we can capture their behaviors, identify good and bad behaviors, and develop ways to reward the good and punish the bad. We can test how actionable our cues are for them and how profitable for us".

"There are lots of people who are monetizing data today. You get on Google, and it seems like it’s free. It’s not free. You’re giving them information; they sell your information. Could we, should we, sell this information we get from people driving around to various people and capture some additional profit source…? It’s a long-term game."

What is this "long-term game"? The game is no longer about sending you a mail order catalogue or even about targeting online advertising. The game is selling access to the real-time flow of your daily life –your reality—in order to directly influence and modify your behavior for profit. And everyone who wants a piece of your behaviour for profit.

There was a time when we laid responsibility for the assault on behavioral data at the door of the state and its security agencies. Later, we also blamed the cunning practices of a handful of banks, data brokers, and Internet companies. Some attribute the assault to an inevitable "age of big data". I’ve come to a different conclusion: The assault we face is driven in large measure by the exceptional appetites of a wholly new genus of capitalism, a systemic coherent new logic of accumulation that I call surveillance capitalism.

Surveillance capitalism is a novel economic mutation bred from the clandestine coupling of the vast powers of the digital with the radical indifference and intrinsic narcissism of the financial capitalism and its neoliberal vision that have dominated commerce for at least three decades. It was first discovered and consolidated at Google, then adopted by Facebook, and quickly diffused across the Internet.

The already visible trend is that any actor with an interest in monetizing probabilistic information about our behavior and/or influencing future behavior can pay to play in a marketplace where the behavioral fortunes of individuals, groups, bodies, and things are told and sold. This is how in our own lifetimes we observe capitalism shifting under our gaze: once profits from products and services, then profits from speculation, and now profits from surveillance.

Key to this formula, however, is the fact that this new market exchange was not an exchange with users but rather with other companies who understood how to make money from bets on users’ future behavior. Users were no longer an end-in-themselves. Instead they became a means to profits in a new kind of marketplace in which users are neither buyers nor sellers nor products. Users are the source of free raw material that feeds a new kind of manufacturing process.

A parasitic form of profit:

Once we understand this equation, it becomes clear that demanding privacy from surveillance capitalists or lobbying for an end to commercial surveillance on the Internet is like asking Henry Ford to make each Model T by hand.

We’ve entered virgin territory here. The assault on behavioral data is so sweeping that it can no longer be circumscribed by the concept of privacy and its contests. This is a different kind of challenge now, one that threatens the existential and political canon of the modern liberal order defined by principles of self-determination that have been centuries, even millennia, in the making;

The imperatives of surveillance capitalism mean that there must always be more behavioral surplus for Google and others to turn into surveillance assets, master as prediction, sell into exclusive markets for future behavior, and transform into capital. Every operation and investment aims to increasing the harvest of behavioral surplus from people, bodies, things, processes, and places in both the virtual and the real world.
in "The Secrets of Surveillance Capitalism" 5 mar 2016

Google’s success derives from its ability to predict the future — Google’s dramatic success in "matching" ads to pages revealed the transformational value of this behavioral surplus as a means of generating revenue and ultimately turning investment into capital.

Google is the mothership and ideal type of a new economic logic based on fortune telling and selling, an ancient and eternally lucrative craft that has exploited the human confrontation with uncertainty from the beginning of the human story.

When we eliminate uncertainty, we forfeit the human replenishment that attaches to the challenge of asserting predictability in the face of an always-unknown future in favor of the blankness of perpetual compliance with someone else’s plan.

Privacy and secrecy are not opposites but rather moments in a sequence: exercising one’s right to privacy produces choice, thus confer decision rights. Surveillance capitalism does not erode these decision rights but rather it redistributes them. In result, surveillance capitalism conjures a profoundly anti-democratic power that qualifies as a coup from above: an overthrow of the people’s sovereignty. It challenges principles and practices of self-determination for which humanity has suffered long and sacrificed much.
in "The Secrets of Surveillance Capitalism" 5 mar 2016

We need new interventions that interrupt, outlaw, or regulate:

The bare facts of surveillance capitalism necessarily arouse my indignation because they demean human dignity.

The future of this narrative will depend upon the indignant scholars and journalists drawn to this frontier project, indignant elected officials and policy makers who understand that their authority originates in the foundational values of democratic communities, and indignant citizens who act in the knowledge that effectiveness without autonomy is not effective, dependency-induced compliance is no social contract, and freedom from uncertainty is no freedom.
in "The Secrets of Surveillance Capitalism" 5 mar 2016