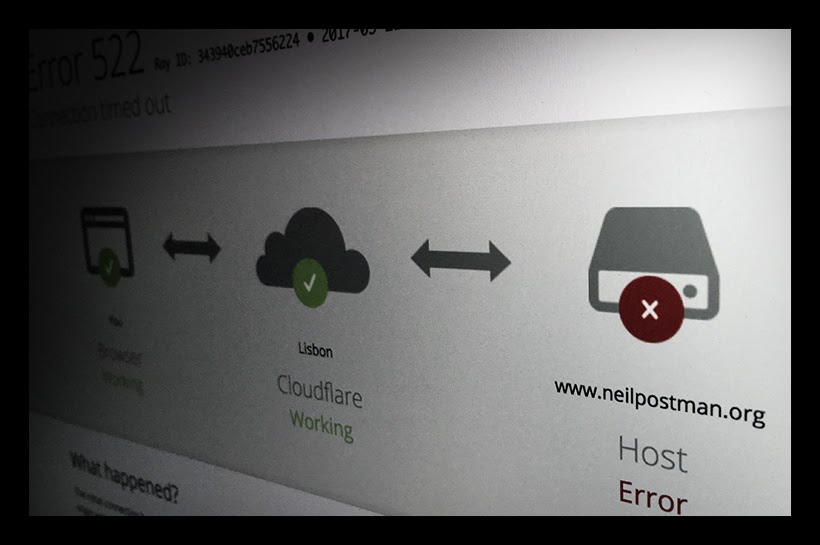 Postman was accused of Luddism, despite his statement in the conclusion of "Amusing Ourselves to Death" that "We must not delude ourselves with preposterous notions such as the straight Luddite position."
in Wikipedia

Postman spoke about the function of school being a democracy where different views are shared to help unite us.
in Wikipedia

In Postman's view, multiculturalism is a separatist movement that destroys American unity but on the other hand, he discusses teaching through diversity as an important theme that should be utilized in regard to teaching history, culture and language.
in Wikipedia

In 1969 and 1970 Postman collaborated with New Rochelle educator Alan Shapiro on the development of a model school based on the principles expressed in “Teaching as a Subversive Activity".
in Wikipedia

Postman's best known book, a historical narrative which warns of a decline in the ability of our mass communications media to share serious ideas. Since television images replace the written word, Postman argues that television confounds serious issues by demeaning and undermining political discourse and by turning real, complex issues into superficial images, less about ideas and thoughts and more about entertainment. He also argues that television is not an effective way of providing education, as it provides only top-down information transfer, rather than the interaction that he believes is necessary to maximize learning.

The book's origins lay in a talk Postman gave participating in a panel on George Orwell's Nineteen Eighty-Four and the contemporary world. Postman said that the contemporary world was better reflected by Aldous Huxley's Brave New World, whose public was oppressed by their addiction to amusement, than by Orwell's work, where they were oppressed by state control. Postman distinguishes the Orwellian vision of the future, in which totalitarian governments seize individual rights, from that offered by Aldous Huxley in Brave New World, where people medicate themselves into bliss, thereby voluntarily sacrificing their rights.

He draws on the ideas of media theorist Marshall McLuhan to argue that different media are appropriate for different kinds of knowledge, and describes how cultures value and transfer oral, literate, and televisual information in different ways. Postman further examines the differences between written speech, which he argues reached its prime in the early to mid-nineteenth century, and the forms of televisual communication, which rely mostly on visual images to "sell" lifestyles. Altering McLuhan's aphorism "the medium is the message", to "the medium is the metaphor", he describes how oral, literate, and televisual cultures radically differ in the processing and prioritization of information; he argues that each medium is appropriate for a different kind of knowledge. The faculties requisite for rational inquiry are simply weakened by televised viewing. Accordingly, reading, exacts intense intellectual involvement, at once interactive and dialectical; whereas television only requires passive involvement.
in Wikipedia

The tie between information and action has been severed

Information is now a commodity that can be bought and sold, or used as a form of entertainment, or worn like a garment to enhance one's status. It comes indiscriminately, directed at no one in particular, disconnected from usefulness; we are glutted with information, drowning in information, have no control over it, don't know what to do with it.
in Wikipedia

Television's entertainment value means of which the citizens' rights are exchanged for consumers’ entertainment
Television in its present state, he says, does not satisfy the conditions for honest intellectual involvement and rational argument.

The essential premise of the book: "form excludes the content," that is, a particular medium can only sustain a particular level of ideas. Thus rational argument, integral to print typography, is militated against by the medium of television for this reason. Television de-emphasises the quality of information in favour of satisfying the far-reaching needs of entertainment, by which information is encumbered and to which it is subordinate.
in Wikipedia

Postman defines "Technopoly" as a society which believes "the primary, if not the only, goal of human labor and thought is efficiency, that technical calculation is in all respects superior to human judgment ... and that the affairs of citizens are best guided and conducted by experts."

A society in which technology is deified, meaning “the culture seeks its authorization in technology, finds its satisfactions in technology, and takes its orders from technology". It is characterized by a surplus of information generated by technology, which technological tools are in turn employed to cope with, in order to provide direction and purpose for society and individuals.
in Wikipedia

Postman considers technopoly to be the most recent of three kinds of cultures distinguished by shifts in their attitude towards technology – tool-using cultures, technocracies, and technopolies. Each, he says, is produced by the emergence of new technologies that "compete with old ones…mostly for dominance of their worldviews".

1. Tool-using culture
Tool-using culture employs technologies only to solve physical problems and to "serve the symbolic world" of religion, art, politics and tradition. All such cultures are "unified by some metaphysical theory", which forced tools to operate within the bounds of a controlling ideology and made it "almost impossible for technics to subordinate people to its own needs".

2. Technocracy
Rather than existing in harmony with a theocratic world-view, tools are central to the "thought-world" of the culture. Tools "attack culture…[and] bid to become culture", subordinating existing traditions, politics, and religions. Technocracy [is] compelled by the "impulse to invent". [Porque] human beings could acquire knowledge about the natural world and use it to "improve the lot of mankind" [it] led to the idea of invention for its own sake and the idea of progress.
However, a technocratic society remains loosely controlled by social and religious traditions, he clarifies.

3. Technopoly
A "totalitarian technocracy", which demands the "submission of all forms of cultural life to the sovereignty of technique and technology". Technology as autonomous, "self-determinative" independently of human action, and undirected in its growth. technology in a time of Technopoly actively eliminates all other ‘thought-worlds’. Thus, it reduces human life to finding meaning in machines and technique.
This is exemplified, in Postman’s view, by the computer, the "quintessential, incomparable, near-perfect" technology for a technopoly. It establishes sovereignty over all areas of human experience based on the claim that it "'thinks' better than we can".
in Wikipedia

A technopoly is founded on the belief that technique is superior to lax, ambiguous and complex human thinking and judgement, [e] values efficiency, precision, and objectivity. It also relies upon the "elevation of information to a metaphysical status: information as both the means and end of human creativity". The idea of progress is overcome by the goal of obtaining information for its own sake. Therefore, a technopoly is characterized by a lack of a cultural coherence or a "transcendent sense of purpose or meaning".
in Wikipedia

Consequences of technopoly: new technologies transform those who can create and use them into an "elite group", a knowledge monopoly, which is granted "undeserved authority and prestige by those who have no such competence". Subsequently, Postman claims, those outside of this monopoly are led to believe in the false "wisdom" offered by the new technology, which has little relevance to the average person.
in Wikipedia

He claims that the U.S has been inundated with technophiles who do not see the downside of technology. This is dangerous because technophiles want more technology and thus more information.
in Wikipedia

In a 1996 interview, Postman re-emphasized his solution for technopoly, which was to give students an education in the history, social effects and psychological biases of technology, so they may become adults who "use technology rather than being used by it".
in Wikipedia

With the ever-increasing amount of information available "information has become a form of garbage, not only incapable of answering the most fundamental human questions but barely useful in providing coherent direction to the solution of even mundane problems."
in Wikipedia

Postman's argument stems from the premise that the uses of a technology are determined by its characteristics, hence, once introduced, each technology "plays out its hand", leaving its users to be, in Thoreau’s words, "tools of our tools".

a) This pessimistic understanding of pervasive technology renders individuals "strangely impotent" [e] underestimate the agency of a technology’s users;
b) Technologies are shaped by social factors: Postman neglects to account for the "actual development, adaptation and regulation of technology";

Pessimistic accounts of technology overriding culture are based on a particular vision of human values. They emphasize "artistic creativity, intellectual culture, development of interpersonal relations, or religion as being the realms in which human freedom finds expression and in which human fulfilment is to be found". Technological optimists merely adhere to an alternative worldview that values the "exercise of reason in the service of free will" and the ability of technological developments to "serve human ends".
in Wikipedia

Throughout history, just about every media platform still in its infancy has acted as a vector for just about every upwelling of anti-Semitic conspiracy theory. Anti-Semites have also exploited the public’s faith in these platforms to spread propaganda. New tech isn’t isn’t the exclusive province of anti-Semites. But in the early days, hateful stuff stands a good shot at rising to the top, or at least finding itself on par with everything else.
in "The Internet Protocols of the Elders of Zion" 12 mar 2017

The persistence of old world ideologies: technopoly brought about by communications technologies must result in a drastic change in the beliefs of a society [yet] new tools may create new environments, but do "not necessarily extinguish older beliefs or the ability to act pragmatically upon them".
in Wikipedia 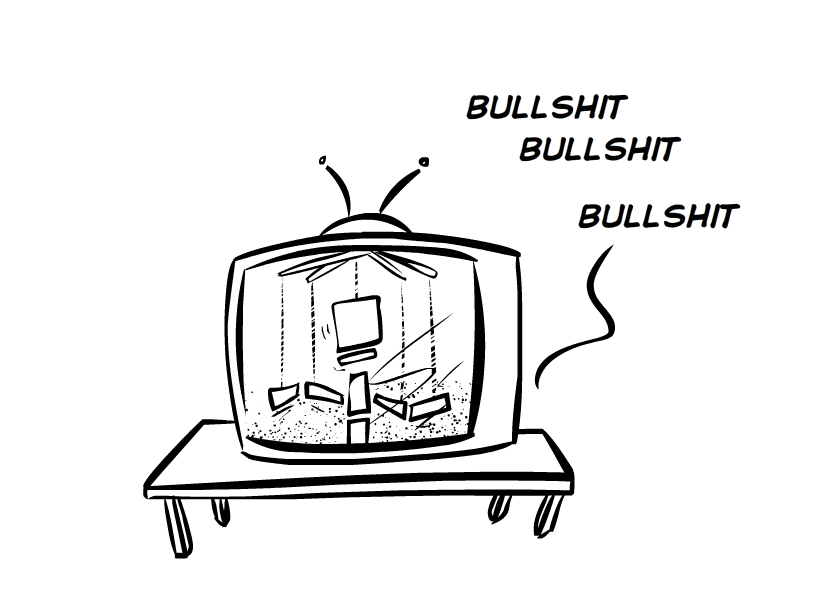