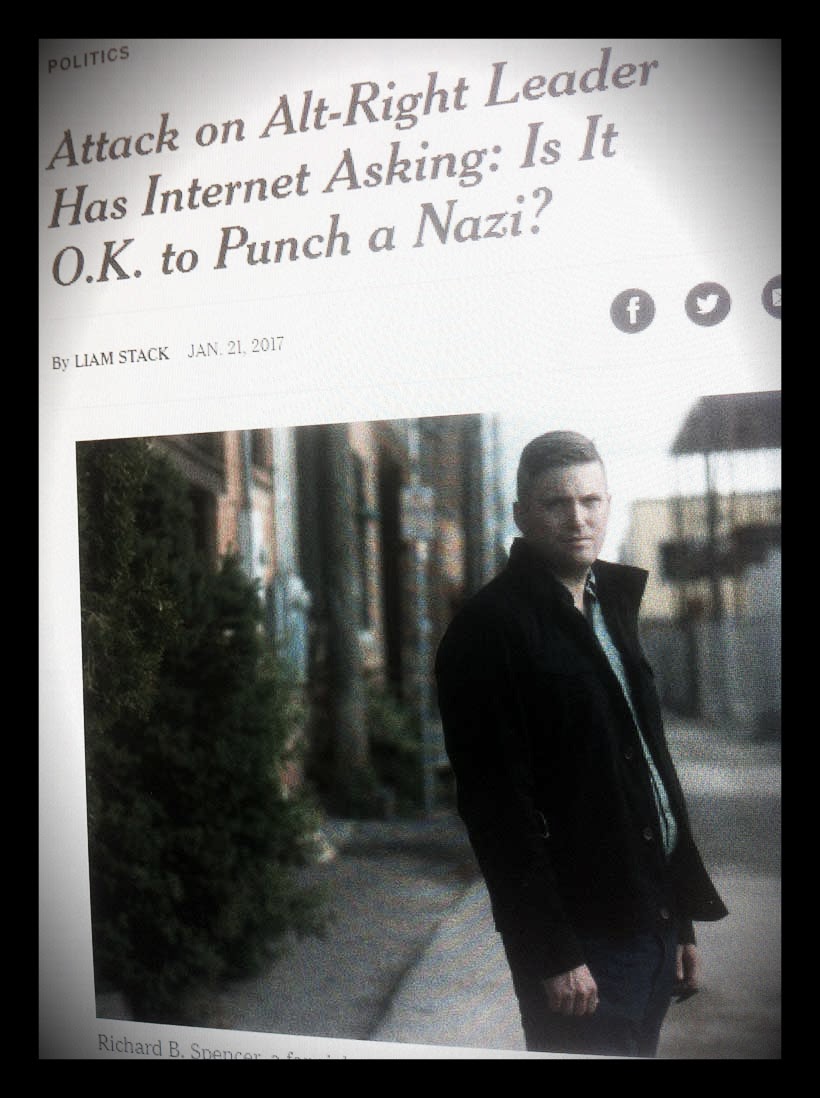 I wanted to BE the change I wanted to see in the world,so I made something for all of you. Please tell Jigga @TIDALHiFi can have it for free pic.twitter.com/p29qEg3s63

I is it ok to punch a nazi?

"Punch them" is, like, Nazi 101
Last I checked Nazis were still on My Granddads ‘fuck up on site’ list

II towards an aesthetics of risk?

For many years, I was torn between understanding myself as an artist and as a revolutionary. As I considered the future through the hyperbolic lens of youth, I felt I would eventually have to make a stark decision: either throw myself into the serious business of fighting oppression, or turn my back on my principles and content myself with making things of beauty to be ignored or consumed by the very society I wanted to destroy.

The first option felt morally sound but required a profound sacrifice; the second felt seductive but hollow. From what I saw of my political comrades, the revolution allowed no room for sleeping or doing dishes, much less spending hours alone considering the play of light and color. I knew something in me would die if I let the mechanics of activism grind away the parts of me that didn’t fit its logic. My artist friends, meanwhile, often seemed apathetic; artists have been complicit in the gentrification of every city I’ve called home. In countless squatted social centers across Europe, the primary internal division isn’t between anarchists and socialists, but between artists and activists. As much as I enjoyed moving paint around a canvas or writing absurdist poetry, could I justify a life that seemed indulgent and irrelevant when the world around me was burning?

Activist friends urged me to resolve the dilemma by making political art. But the imperative to be legible killed my inspiration. Propaganda—as beautiful it can be—has always felt stiflingly narrow, aesthetically and didactically. We learn better from surprises and sneak attacks. One friend who had been writing anti-capitalist graffiti on products in his workplace found that customers casually ignored his work until he scrawled a line from Yeats, détourned into an oblique cry of defiance. What stopped them in their tracks, and what inspires me most in any work of art, is this sense of mystery—the gap between what we sense and what we understand. If we let it, this mystery can become a wave, bearing us towards the vast unrealized possibilities of our lives. This experience is as necessary to me as breathing.

So I turned away from making political art. I found a way to straddle both worlds—“ART” and “STRUGGLE”—but the fence between them passed through me, bifurcating me. In some contexts, I was an artist; in others, a comrade. I never felt I was doing enough in either role. I’d dream that “after the revolution,” I would retire to a tiny shack and spend the long, uninterrupted days sewing elaborate tapestries. Or, more recently, I began to fear (and perhaps secretly desire) that with tensions coming to a head in the US, I would have to give up on being an artist and recklessly sacrifice myself on the barricades. Either choice describes a world in which finality is more interesting than complexity.

After the presidential election in November, I believed the time had come to do nothing but anarchy. But what would that mean? What are my actual skills and capacities? Does committing fully to struggle mean abandoning joy? Does it require stifling my sense of play in favor of a mirthless determination? Is there room in this time of urgency and conflict for the meandering and often irrational paths of creative experimentation? Many people in radical scenes suspect that if we get too comfortable, we’ll lose our motivation to fight. Some see art as a bourgeois comfort—frivolous unless it’s explicitly bent to political purposes. Those people, whether they know it or not, are Maoists and Stalinists. I’m an anarchist.

In December, a fire tore through a warehouse in Oakland, claiming the lives of thirty-six artists, musicians, and activists. I’ve spent my adulthood in warehouses just like that one, full of burning hearts and fire hazards. After the news, my friend and I recalled all the squatted social centers, improvised dwellings, and overcrowded collective houses that have served as the setting of the best parts of our lives—so much beauty, and so much danger. Any one of them could have ended the same way. “I would rather die in our world than live in theirs,” she told me.

I nodded. It was never really an option for me to live in their world, I realized. But what does it mean to live in ours?

The revolution that I want to see demands that we develop our ability to tap into what is most beautiful, inspirational, and meaningful in our lives—and share it with each other, as though our lives depend on it. We thrive when we infuse our relationships and our struggles with these things; we fall away from struggles that don’t permit us our full range of being. Art and struggle have always made the same demands of us: that we take the biggest risks, and that we do so for one another, helping each other see what was previously unimaginable.

As the political climate accelerates toward fascism—as the divide between the rich and poor deepens—as our comrades are murdered and imprisoned—as open bigotry gains purchase again across the world, this is a time of urgency. We have the most power where we can effect the most change; whatever we love most will give us the most strength to continue. Through art, we are in conversation with the living, the dead, and the generations yet unborn. Joy gives rage resilience. Grief grows wings when sung. Through art, we transform our experiences into unpredictable vehicles, improbable weapons, and undreamt-of potential—making a world that is truly our own.

“Après moi, le déluge,” Louis XV supposedly said when he foresaw the flood of the coming revolution. He spoke with resignation, perhaps, or grief, or even with disdain for what might happen to his kingdom when he was gone.

Dedans nous, le déluge. Today, the revolutionary flood swells within each of us. It is indistinguishable from our love for each other and the joy we find in living, and it feeds us through everything we love and want to create. This will be a regular column approaching art from a revolutionary perspective and vice versa. We will explore everything from opera to graffiti, literature written in blood and ink alike. We abhor submission, but welcome submissions. 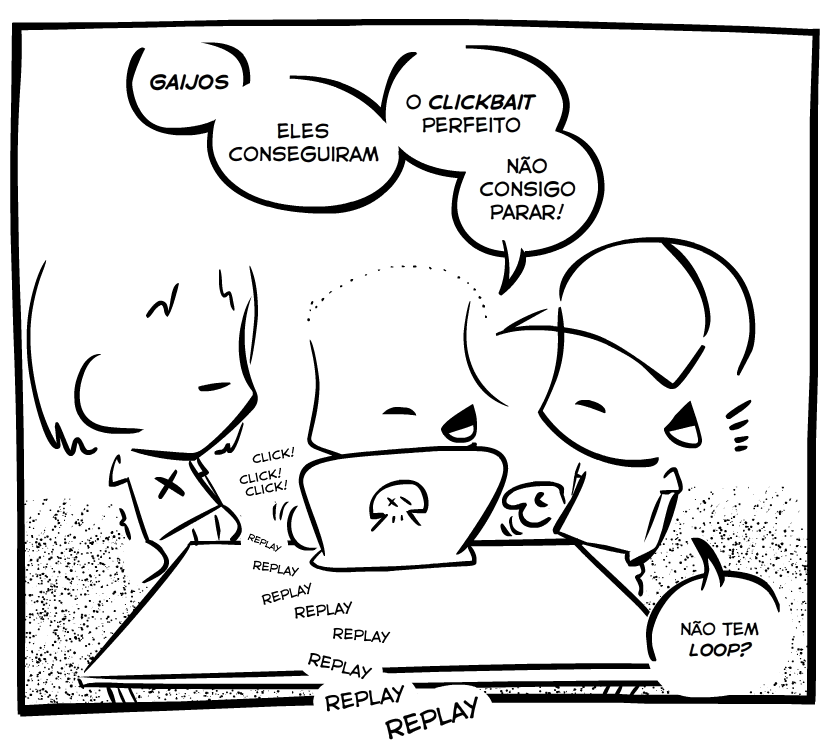