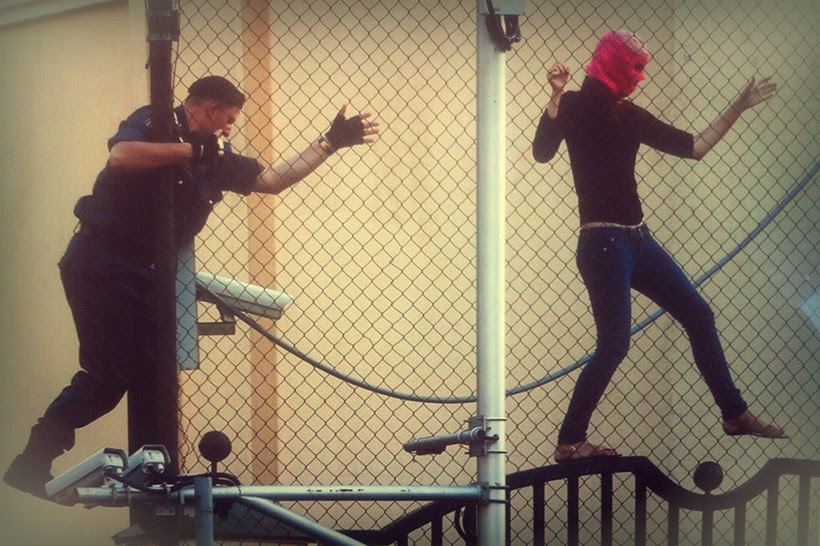 The boundaries of journalism — and who gets to make it, consume it, and criticize it — are expanding.
in "Journalism in a Post-Truth Era: A Harvard event" 31 jan 2017

When I speak to conservatives, I always remind them: when were the great conservative victories? Reagan in 1980, 1984, Bush 1988. Huge, lopsided victories, three of them in a row. Rush Limbaugh was not yet on talk radio. Fox News didn’t yet exist. The Internet didn’t yet exist. All these things — the conservative media didn’t exist. It really was The New York Times, The Washington Post, and three networks, which were mostly moderate-liberal at least. Nonetheless, that was the heyday of conservative policies. And incidentally, ever since Fox News took over and became such a big deal, Republicans have lost the presidential popular vote in every election but one, 2004.
in "Journalism in a Post-Truth Era: A Harvard event" 31 jan 2017

The fall of the old media is, I think, a big deal.

The more democracy the better, the more education the better, the more participation the better, and everything is moving in the right direction — the arc of history is going in a good way. (...) I think if one looks back, one would be a little horrified to go back and actually read newspapers and look at TV news shows from 30, 40, 50 years ago. It wasn’t so great then, and in some ways the diversity of opinion, the depth you can get online, the immediacy of it is a very good thing for citizens and for political discourse. (...) When I speak to students, they can’t believe that when I was in college, you didn’t have access to 25 different columnists and 100 different bloggers each morning to get a take on (...) that you depended on what was reported in maybe one or two or three local papers, maybe the one national paper you could get at Out of Town News — even then, maybe that came a day late — and the three networks and that was it. That was it. No cable TV of different flavors, no radio, obviously no Internet. I think on the whole, this is a healthy development, but it’s not an unproblematic one.
in "Journalism in a Post-Truth Era: A Harvard event" 31 jan 2017

The "media" is between something (...) The media is a mediating institution. Obviously for reasons mostly technological, some of them maybe sociological and others, it’s less that today because of the Internet, social media. Social media is called social media, but when you think about it, it should be called social non-media, because this precisely removes the mediating function and it’s direct. Again, which is in many ways a good thing — but a problematic thing, I think, for politics. That’s not going to change. That’s mostly technology. The disintermediation is here to stay. It has huge financial consequences for newspapers and magazines and TV networks; it has huge political, sociological, cultural circumstances. I don’t think we’ve seen most of them yet.
in "Journalism in a Post-Truth Era: A Harvard event" 31 jan 2017

Sobre "debility" do media, coerção e falsidades in all days and ages:

The debility of the media is a point I just want to put on the table. If you get a bunch of journalists and media types and editors, we all can be proud, we can be lamenting, we can beat our breasts. But the presumption always is that the media is powerful. That’s the wish, I think — that the media is powerful. It’s an empirical question. I’m not sure it’s the case. (...) I’m a little dubious about the claims of the power of the media. That can be a good thing or a bad thing, honestly, depending on how much you like the media, how much effect you’d like it to have. I do think the truth does sort of have a greater opportunity to correct falsehood, even if falsehood can take off awfully fast online. In the old days, falsehood could still take off awfully fast — the famous quotes about, you know, lies ride a horse and truth can never catch up. Those come from before social media. The successful demagogues lasted an awful long time in the ’30s and in the ’50s and ’60s before social media. And the degree to which people can really see debate and diversity of opinion online, when not all of our major institutions have as much diversity as they should have, I think is is a very hopeful thing.
in "Journalism in a Post-Truth Era: A Harvard event" 31 jan 2017

This is it. This is the time that journalists live for. The best of times and the most unpredictable of times. Will news as we know it even survive? I think we’ve got to talk about that. Every day is a better day for access to information. And that, I think more than anything else, is a reason for young journalists to be optimistic (...) Every day, there are people who for the first time in their lives have access to a smartphone and access to our work, to our stories, to our videos. (...) In this moment, I’m trying to remind myself and all of you, this access information, this ability to reach increasingly the whole world with our content. News does not start and end any more. There’s not a morning print edition anymore — it’s not a 6:30 p.m. newscast. It’s not even a 24/7 product anymore. It’s always on, and it’s on demand. News is all the time, all over our devices. (...) But that’s the future of it. And if we’re not reckoning with what Snapchat and Facebook are doing to the future of news, then again we’re not having that imagination we have to have at this moment.

I see on social media now are people wielding links like weapons, using news as weapons, fighting, battling with each other, trying to win arguments using these links like they’re swords. What we do in that environment is we have to create our own links. We have to create our own responses, our own versions.
in "Journalism in a Post-Truth Era: A Harvard event" 31 jan 2017

Kathleen Kingsbury e quando "the traditional wall between the paper’s newsroom and opinion section came down":

It’s one of those things that a lot of us had gotten into our business to do: to have impact, to change the world

In journalism, we have rules, and then we have cardinal rules. One of the cardinal rules for newspapers is that we try to keep our opinion pages and our newsroom separate. For the newsroom, that’s a way to protect them from being accused of bias, to maintain their objectivity. At the Globe, this maintains itself with the editorial page being tucked down a dark hallway that no reporter tries to venture. But that night, Brian sent a note. He suggested that this horrific event could not go unremarked upon, and that we as an institution needed to do something radically different. In fact, he went as far as to suggest that we should wrap the entire newspaper in an editorial, standing against this kind of lunacy. To my mind, though, one of the most extraordinary parts about this is that he wanted to work together. He wanted the editorial page and opinion pages to work with the newsroom on it.

You’re taught in Journalism 101 some fundamental tenets: be accurate; be fair; don’t make yourself the story. But there are other responsibilities that we as journalists hold dear: Be a voice for the voiceless. Tell essential truths. Hold the powerful accountable. (...) Even journalism organizations must have thresholds to allow for moral outrage. (...) We cannot shrug our obligation to call out these atrocities as ones our community and our news organizations will not abide.
in "Journalism in a Post-Truth Era: A Harvard event" 31 jan 2017

Finalmente, Lolly Bowean porque "when we tell our communities’ stories, we show people how to relate to one another":

Now, we all know that the best journalism highlights historic inequalities and systemic inequities. We know that the best journalism pushes back against the power structure, and that it can hold public officials accountable, that it separates the truth from the alternative facts. But I’m here to remind you today that great journalism can also find ordinary, regular people and find the extraordinary in what they do. And by doing that, we inspire our audience and our readers to dig down deep and find their own generosity, and find their own passions in their own ways that they can change and contribute to this world. You see, I think that when we tell those types of stories, we show people how to relate to each other — we help ourselves like each other a little bit more. And I truly believe that when we learn about those stories and when we share those stories, that is the path to bridging the division and helping us find true solidarity.
in "Journalism in a Post-Truth Era: A Harvard event" 31 jan 2017