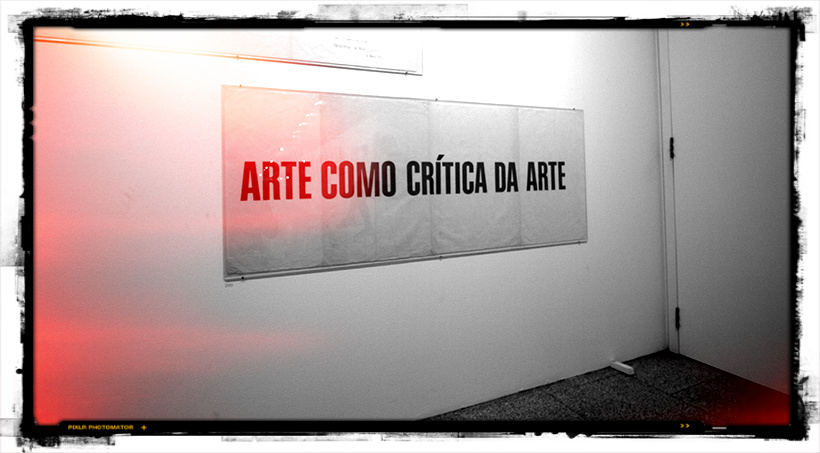 Isabelinho citing Robert Ito on comics being now mainstream kinda reminds us what we said last month on how it's OK to poke fun at it now. U guys know our thoughts on the subject so we'll cut to his last sentence: "What was once a badge of nerdish honor is the new normal. All of us are comic geeks now — which means, in a way, that none of us are." Yep, u can exclude me out. (1)

Isabelinho goes one step further closer to home with his own comment on the quote:

Right u are, sir! Right-u-are.

And this should be a great end for the subject. Alas, enter Farrajota, and things got "mindfucked".

After Farrajota take on the subjet it got a little sidetracked with talks about neoliberalism, marxism in the 60's capitalism and the ancien régime and how it's all the system's fault, man! (2) beggin' Farrajotas much M-U-C-H right on tha money (3) comment about conceptual art.

At this point Isabelinho loses us and we're down with Farrajota, totally sidin' with him on this one. Don't get me wrong, I belive art plays a role on our society but, u guys also know my full stance on the subject, right punks? So, Isabelinho goes on how "Conceptual Art is all but PPP." (4)

In his case for conceptal art, Isabelinho — mind u, already "tired of preaching in the desert" — takes the reader thru a brief contextualization recaping Marcel Duchamp, Picasso, Jacques-Louis David, Nicole Wermers, Alberti, Caravaggio, Titian, Velasquez, Dadaism and avant-garde, the oxymoron of the avant-garde tradition and "Neo-Dadaism (Pop Art) as Postmodern" ending on a quote by Bourdieu: "fossils of another age, these painters who do in the present what was done by the avan-garde of the past (...) make an art that is not, if one may say so, of their age."

This is his setup of his bottom line: "Saying that all Conceptual Art is like that would be to grossly misjudge it." — and to prove it, he brings up Paul Cézanne, Joachim Gaschet, the ban of expressionism from art, Christian Boltansky, Jochen Gerz and Jean Le Gac (*)Fuck dude, can we get an Encyclopedia Britannica up on this bitch at this point?, suggesting these authors and their works had "done great comics mixing photos and text, not text and drawings, but comics in my expanded field nonetheless..." So, "not comics", for the rest of us.

Unfortunately Farrajota loses us at this point. On his reply (which starts with more name calling and reference dropping', — this time around "Bruce Nauman or Paulo Mendes") he sums up his views with "I'm nor arguing that "conceptual art" is PPP".

Dude? You're not?! Ah, fuck this shit and fuck you: I though we were in the zone, man!

...and he goes on to downplay his early comments on the subject being — urgh! — rational about shit and stuff.

So within a few minutes we totally agreed with Isabelinho, dude lost us for Farrajota, Marcos totally blew us in the end, and Isabelinho is threating us at this point with a "later I'll quote my favorite New York Intellectual: Dwight Macdonald."

Comics and artsy-fartsy: the show will go on & we will always be here for u guys. The peeps need us!

— and using Isabelinho's own words: "you can see these are complex matters and I don't want to explore them any further. If it took Pierre Bourdieu 668 pages to explore the subject I'm not going to do the same in a measly blog post." (*)in "Dwight Macdonald and Pierre Bourdieu" 16 fev 2016. Yeah, so I'm havin' what that guy's having too.

Isabelinho ends his note on why "Conceptual Art is not, and can never be, part of the PPP", Marcos is nowhere to be found, & we're ready to make the same readymade assumptions on the useless of it all. Which, funny enough, brings us back to level with Isabelinho: "being completely defeated and tired of preaching in the desert".

Meanwhile, in a galaxy far-far way (5), I haven't read a single portuguese comix worth a damn the entire month, but who cares? It's not about comics anymore: it's about guys about comics now... 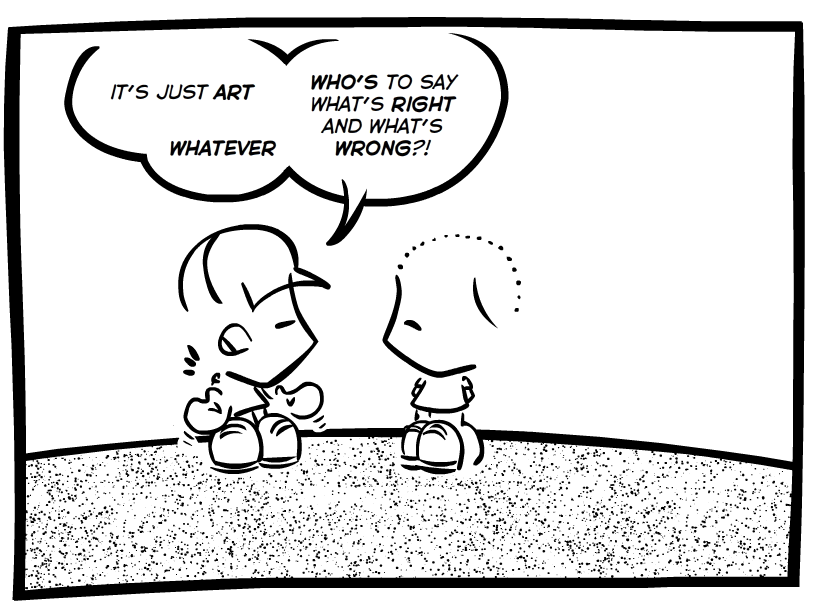 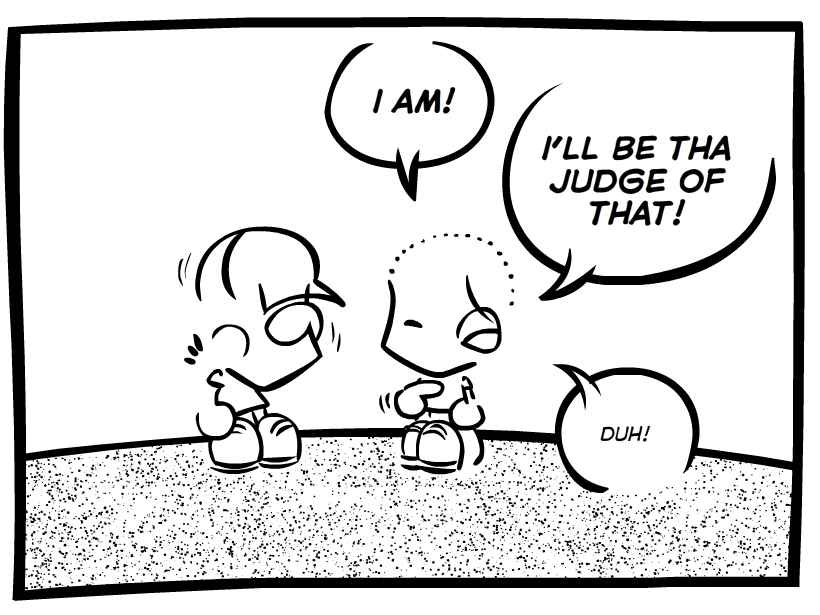 Footnotes:
1 "exclude me out"... circular logic, hint hint ;)
2 wait, that came out like we're being sarcastic... we're with them on that one, it is the system's fault...
3 ...cuz, u know, footnote 2 boils down to tha $$$ anyway
4 Isabelinho in daniel-clowes-coda.html: "PPP" is an anglo-xunga derogatory abbreviation for "Peter Pan (Syndrome) Pandemic" first used in the early XXI century by comic scholars going on about comics and art. It never gained traction among academics since, well, it was a term introduced on the subject of comics, who gives a flying fuck?
5 pop-culture reference, surely that's not too erudite 4 ya punx! 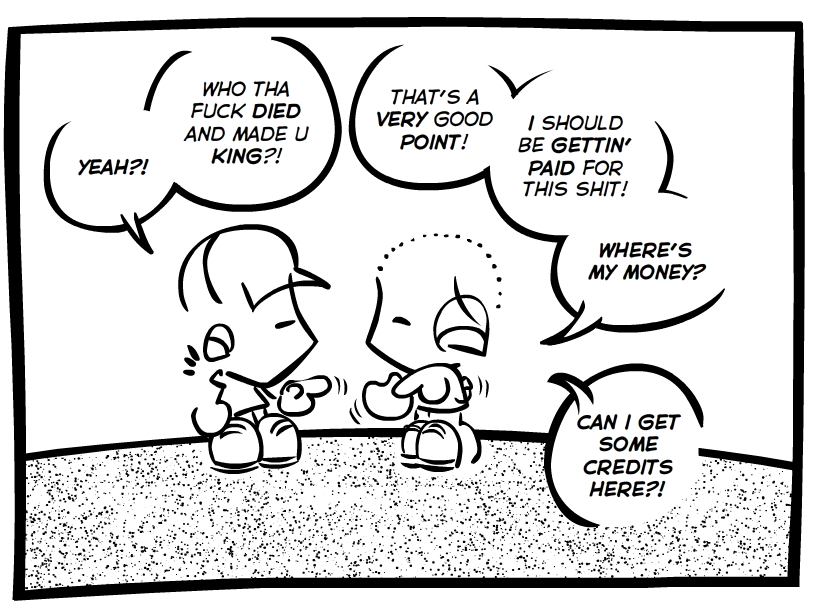 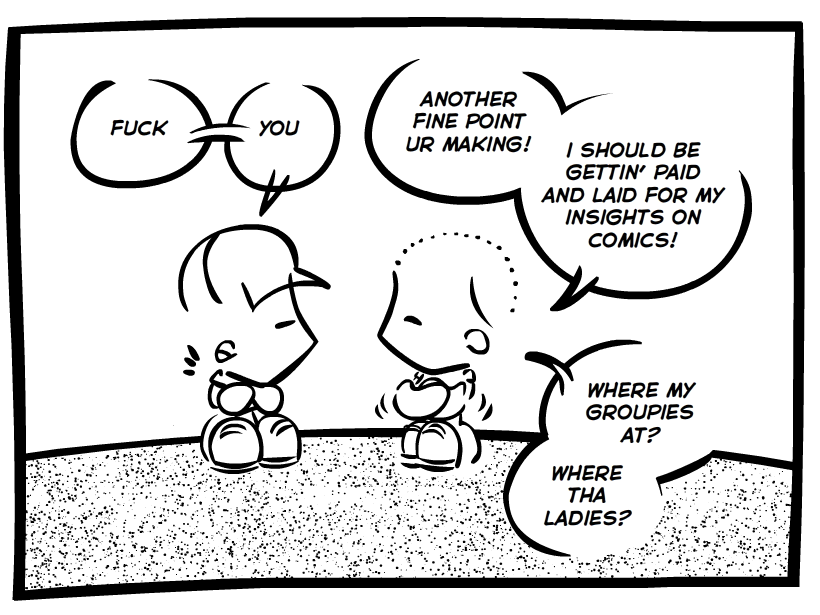 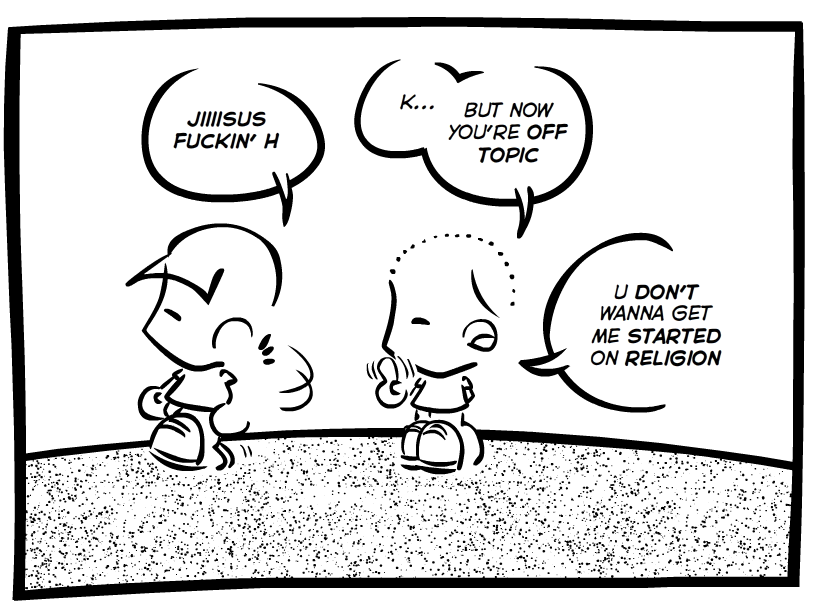 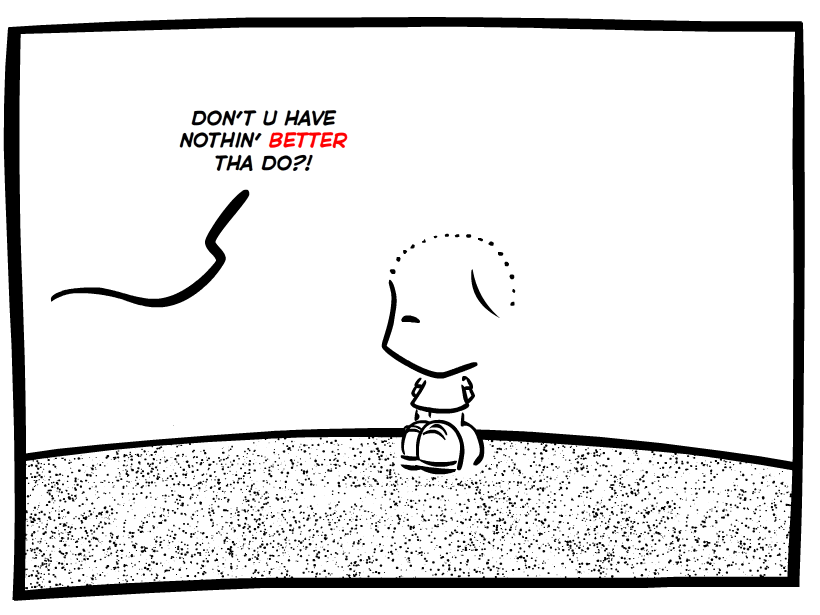 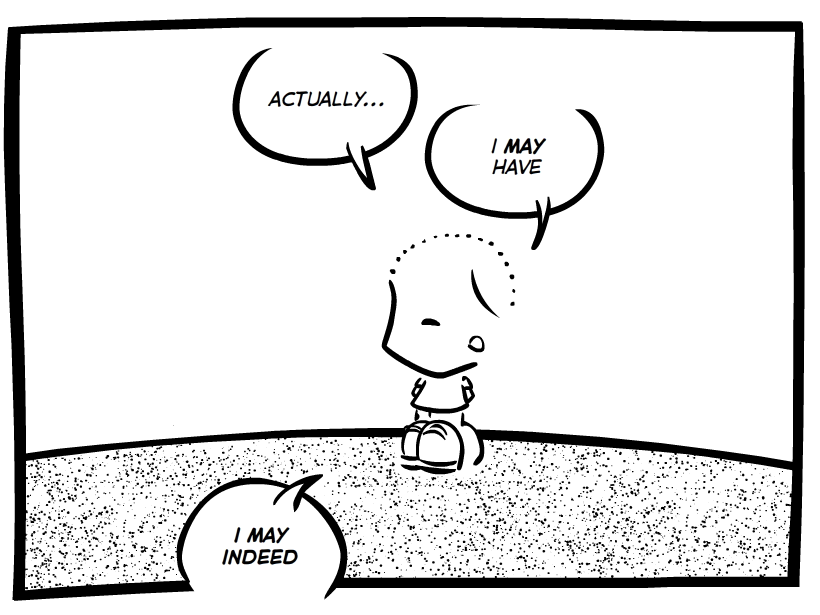 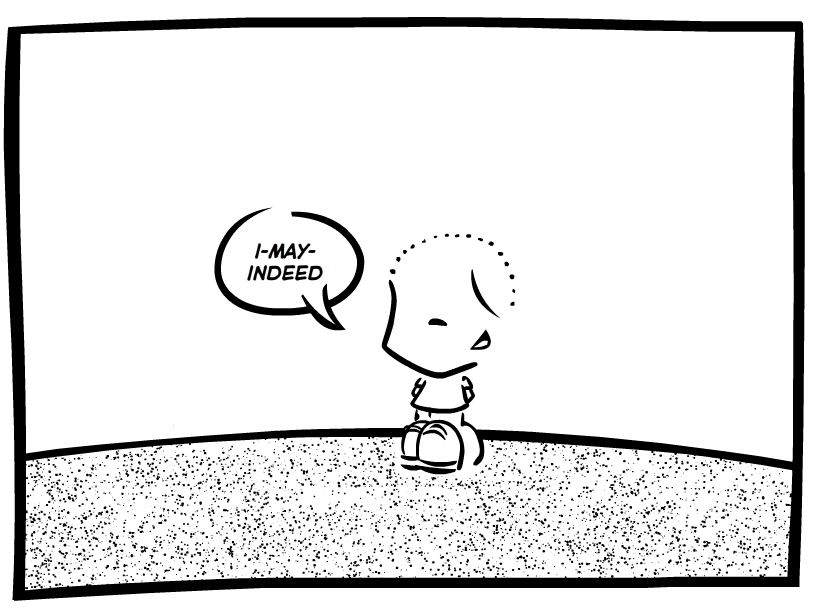